BMW remains optimistic with a glimmer of hope coming from China 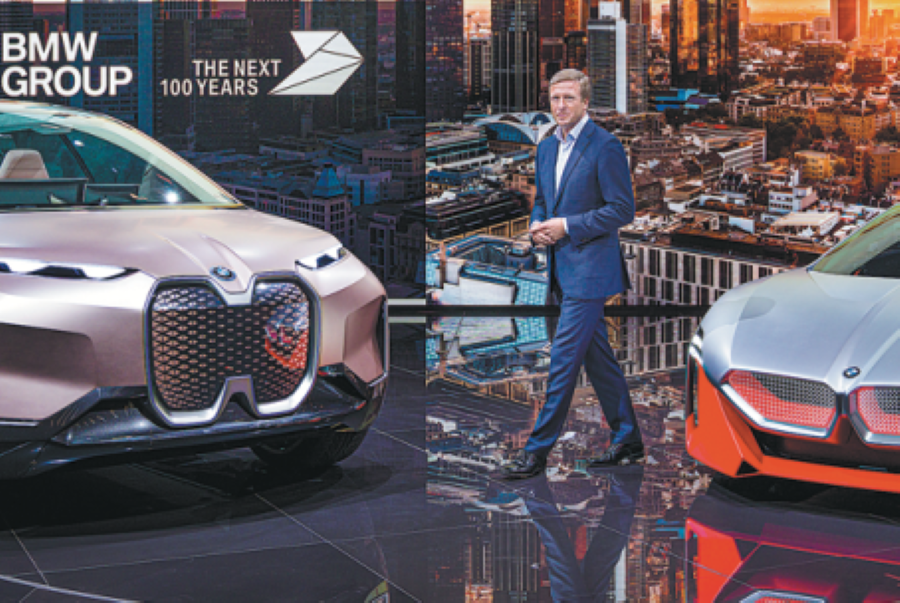 China is offering a ray of hope for BMW as auto markets in Europe and the US are still reeling from the coronavirus pandemic, said the carmaker's Chairman Oliver Zipse on Thursday.

"There is at least a glimmer of hope coming from China," he said during a virtual annual general meeting held in Munich, Germany.

BMW sales plunged 88 percent in China in February when the pandemic was at its peak in the country, but as the economy gradually started revving up in March, people are visiting dealers to buy cars again.

Zipse said the carmaker's China sales in April were almost 14 percent up year-on-year.

"We know from our Chinese customers that consumption there will quickly bounce back, thanks to pent-up demand," he said.

The overall car market saw a 4.4 percent rise in April as well, ending a 21-month decline, according to the China Association of Automobile Manufacturers.

The organization said the rise was lower than expected and estimated the pent-up demand would drive sales for at least another two months.

Zipse said the rebound in China was only of limited use as a blueprint for other markets.

"Economies in Europe have been affected to varying degrees by the pandemic, for instance.

"Demand for cars in countries like Spain, Italy and the UK will probably be very slow to recover. The same applies to the US," he said.

Earlier this month BMW lowered its profit expectations for its automotive and motorcycles divisions, citing worse-than-expected demand which would deteriorate in the second quarter.

"A lot of people think things have already bottomed out and the worst is over. But, unfortunately, this does not reflect the actual situation," Zipse said.

Analysts said under such circumstances China, which has been BMW's largest market for years, will appear even more important for the carmaker.

Last year, it delivered 723,000 BMW and MINI-branded vehicles in the country, topping the list of premium vehicle companies in China.

It was the company's best-ever sales result since it entered China in 1994 and accounted for around 28 percent of its global sales in 2019.

Zipse said the company will start producing the iX3 electric SUV this summer in China, which will become the first China-made BMW for global markets.

"Preparations are going according to plan despite the uncertainties caused by the coronavirus pandemic," he said.

The carmaker is ramping up investment in the country because of its confidence in the medium and long-term business outlook of the world's largest auto market.

"All of our investments we committed will continue, and we are actually discussing investing more in China in the future," said Jochen-Goller, president and CEO of BMW Group Region China, in March.

Xinhua reported last week that the carmaker is investing 4.4 billion yuan ($619.9 million) this year in its new factory in Shenyang, Liaoning province, citing the province's development and reform commission.

With a total investment of 28.3 billion yuan, the new factory is expected to be completed in 2022, making the city BMW's global manufacturing center, it said.