The number of Britons claiming jobless benefit surged in April by nearly 70 percent to 2.1 million people, as the labour market was plagued by coronavirus, official data showed Tuesday. 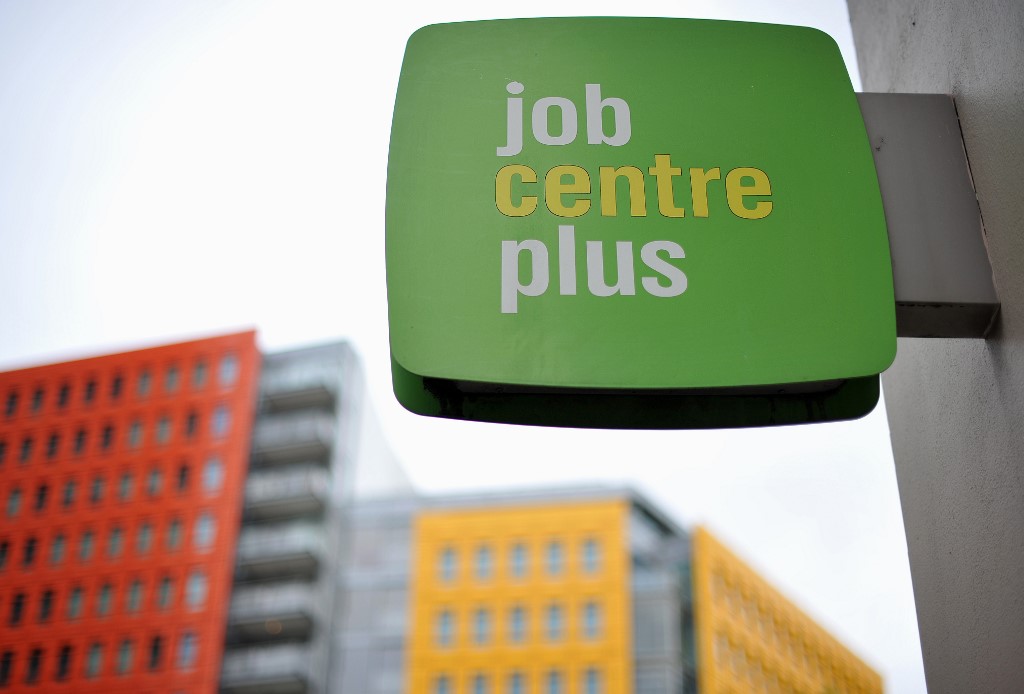 In this file photo taken on October 12, 2011 a Job Centre Plus sign is pictured in central London. (File photo: AFP)

Unemployment claims made under the Universal Credit welfare support surged by a record 856,000 to a total of 2.1 million people in April from March, the Office for National Statistics said in a statement.

The ONS also revealed that unemployment jumped by 50,000 to 1.3 million people in the three months to March from the same period a year earlier.

Britain had imposed a lockdown on March 23 in a bid to halt the spread of the virus, and launched a so-called furlough jobs retention scheme under which the government backs up employee wages.

But many other workers have been laid off, with companies including British Airways preferring to axe thousands of staff despite the state helping to safeguard jobs.

The nationwide lockdown is just starting to be eased and the government has said it will continue to pay up to 80 percent of wages until October.

"While only covering the first weeks of restrictions, our figures show COVID-19 is having a major impact on the labour market," said Jonathan Athow, ONS deputy national statistician for economic statistics.

The number of job vacancies sank in the three months to April to 637,000 meanwhile, or 170,000 fewer than in the previous quarter.

The ONS also revealed that the number of paid employees in April fell by 1.6 percent compared with March.

"Through April... there were signs of falling employment as real-time tax data show the number of employees on companies' payrolls fell noticeably, and vacancies were sharply down too, with hospitality again falling steepest," added Athow.

The British unemployment rate stood at 3.9 percent in the three months to March. That compared with 3.8 percent a year earlier.

Analysts stressed that the labour market would deteriorate even more sharply in the coming months.

"It is clear that the labour market is being hit pretty hard," said UK economist Andrew Wishart at research consultancy Capital Economics.

"The timelier employment data suggest that 465,000 jobs were lost in April. And the claimant count suggests that 856,000 more people are claiming out-of-work benefits.

"This will push the unemployment rate up to 6.0 percent in the coming months if not eventually 9.0 percent."