OPINIONS Lies debunked! What is behind Trump’s claim that US started developing COVID-19 vaccine on January 11?

Lies debunked! What is behind Trump’s claim that US started developing COVID-19 vaccine on January 11?

US president Donald Trump recently caused an uproar worldwide when he said that the National Institute of Health began developing a COVID-19 vaccine on January 11, signaling that the Trump administration had been lying about China hiding information about the virus and casting doubts over the real timeline of the coronavirus epidemic in the US. 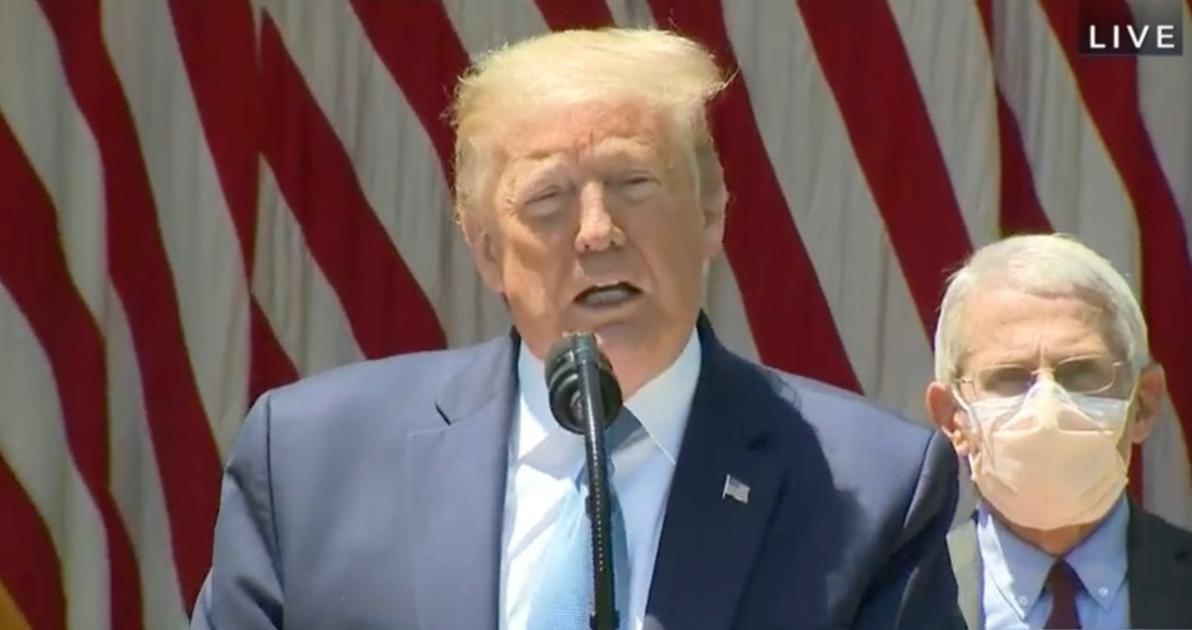 US president Donald Trump said NIH began developing COVID-19 vaccine on January 11 at a press conference on May 15. (Screenshot from C-Span)

“Scientists at the NIH began developing the first vaccine candidate on January 11—think of that—within hours of the virus's genetic code being posted online,” Trump said at a press conference on May 15.

Trump’s remarks contradicted US politicians, who have continued to accuse China of covering up information on the coronavirus, blocking an effective global response. But if it is true that scientists started working on vaccines on Jan. 11, which would have required specific information from China, how could it be that China was hiding information?

Trump claimed that he wasn’t told about the virus threat until the end of January, while Secretary of State Mike Pompeo blamed China for putting the U.S. “behind the curve” in trying to contain the coronavirus outbreak and found it “incredibly frustrating” to work with the Chinese government to obtain data.

According to Trump, the US began developing a vaccine several hours after China shared the virus genome sequence information with the WHO on January 12. This means that China shared its information on the virus transparently with the world, including the US, in a timely manner, and accusations of a China coverup are just lies.

Meanwhile, it’s worth noting that in order to develop a vaccine, genetic data is not sufficient, and scientists need virus strains to start their experiments. However, it wasn’t until Jan. 24 that China first isolated the COVID-19 virus strain, so where did the strain come from? Did the US know about the virus earlier than it let on?

Trump’s remarks have led some to question the true timeline of the outbreak in the US, prompting speculation that the pandemic may have appeared in the country earlier than officially announced.

According to Business Insider, new evidence is emerging to show that cases of the coronavirus may have spread to the US as early as December 2019 and January 2020.

The mayor of Belleville, New Jersey, Michael Melham has tested positive for coronavirus antibodies, and believes he contracted COVID-19 in November, US media reported on April 30.

Data shows that as many as 171 people in Florida may have been infected with COVID-19 as early as Jan. 1, and none reported having travelled to China. The data was later deleted by the Florida Department of Health, according to American newspaper The Palm Beach Post.

Is this what Pompeo calls America’s “transparency and openness and the sharing of information”? What is the government trying to hide?

Moreover, as the “first” US cases of coronavirus were reported on Jan. 21, is it reasonable to think that the US started working on a vaccine when not a single case had been reported in the country?

One reasonable explanation is that the Trump administration not only knew about the virus, but also knew about the threat it posed much earlier than they claimed, and they never told the truth to the American people.

If the US government had known about the virus threat early enough to start developing a vaccine in January, why didn’t it take proper actions to contain the virus in the following two months, saving tens of thousands of lives? On March 11, two months after work had begun on developing a vaccine, the US had only tested 4,900 people out of 327 million.

The US has 4 percent of the world’s population, but now accounts for 28 percent of deaths from COVID-19 globally, becoming the new epicenter of the pandemic. As of May 18, the U.S. death toll topped 90,000 while the number of cases has reached 1.5 million.

What else is Uncle Sam hiding? How many more lives will be lost due to the government’s failure to respond to the coronavirus? Donald Trump has some explaining to do to the world.