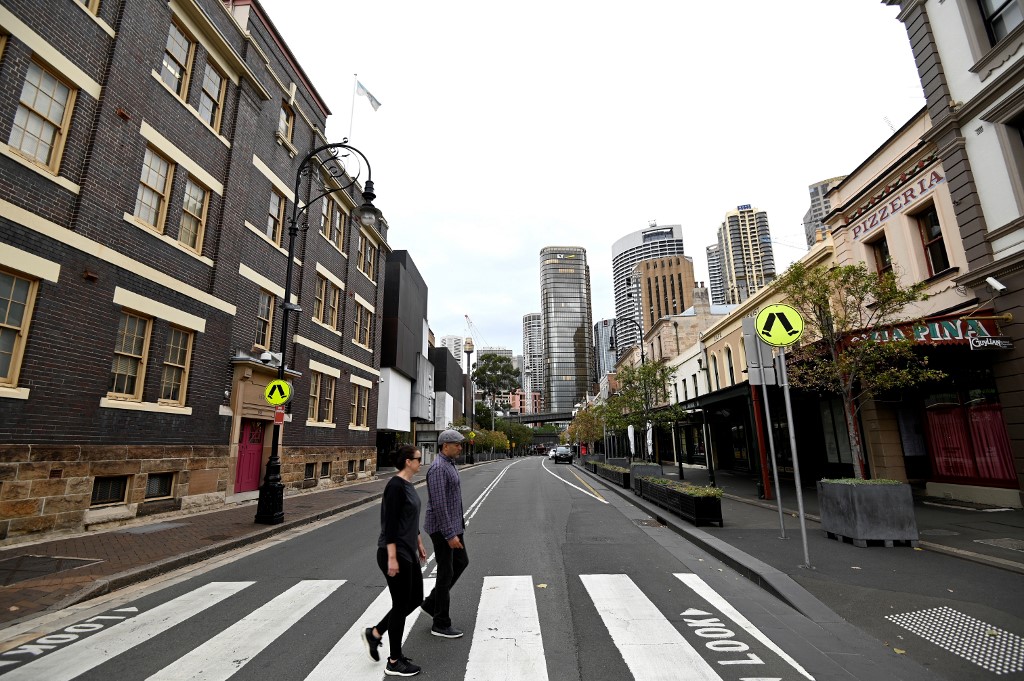 People walk through the streets of 'The Rocks' usually packed with tourists, in Sydney on May 18, 2020. (Photo: AFP)

Authorities on Tuesday confirmed that a 93-year-old female resident of the Newmarch House aged care facility in Western Sydney became the 100th COVID-19 death in Australia, 19th from Newmarch House.

It comes 79 days after Australia confirmed its first death from the virus.

According to data released by the Australian Bureau of Statistics (ABS) on Tuesday, the total number of jobs in Australia has fell 7.3 percent between March 14 and May 2. The accommodation and food services industry has been the hardest hit but has recovered slightly since April.

"The largest net job losses over the seven weeks of the COVID-19 period, in percentage terms, were in Victoria and New South Wales, where the falls in payroll jobs were around 8.4 percent and 7.7 percent," Bjorn Jarvis, the Head of ABS Labour Statistics, said in a media release.

"The accommodation and food services industry had lost around a third of payroll jobs (33.3 percent) by the week ending April 11, and a subsequent increase in jobs saw this reduce to around 27.1 percent by the week ending 2 May."