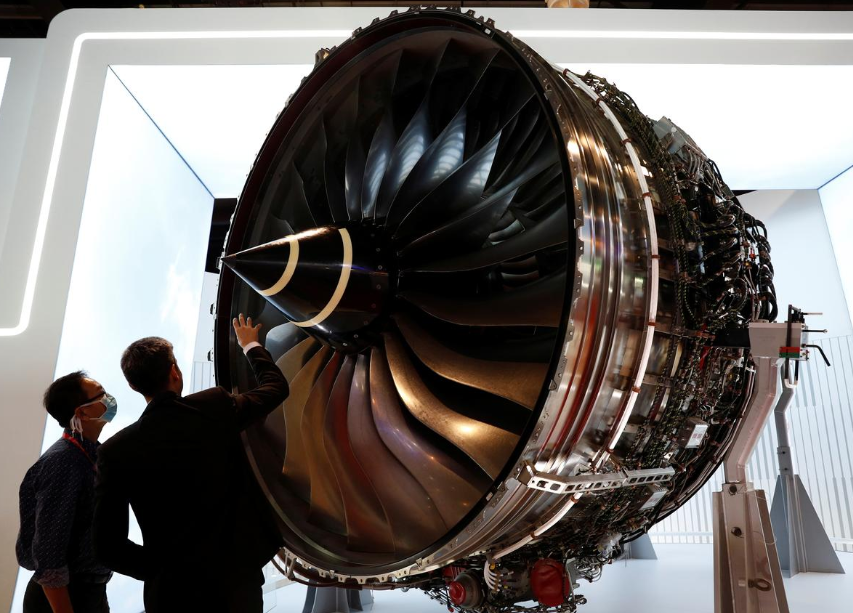 British plane engine manufacturer Rolls-Royce Holdings has announced it is expecting to cut around 9,000 staff or 17 percent of its global workforce in the aftermath of the economic downturn caused by the novel coronavirus outbreak.

The engineering giant, one of the United Kingdom's few world-class manufacturing companies, said the reduction of nearly a fifth of its workforce would mainly affect its civil aerospace division.

The Midlands-based company warned that it will take "several years" for the airline industry to recover from the novel coronavirus pandemic.

"This is not a crisis of our making. But it is the crisis that we face and must deal with," Chief Executive Warren East said. "Our airline customers and airframe partners are having to adapt and so must we."

The company employs 52,000 people globally and East told the BBC's Today program that it had not yet concluded on "exactly" where the job losses would be, due to having to consult with unions. However, he said the bulk of the job cuts are expected to be in the UK.

East said: "It's fair to say that of our civil aerospace business approximately two-thirds of the total employees are in the UK at the moment and that's probably a good first proxy."

Trade union, Unite the Union, has called on the company to rethink its plans and save the livelihoods of thousands of UK workers. It said the decision was "shameful opportunism".

Responding to the announcement, Unite Assistant General Secretary for Manufacturing Steve Turner said: "The news that Rolls Royce is preparing to throw thousands of skilled, loyal, world class workers, their families and communities under the bus during the worst public health crisis since 1918 is shameful opportunism.

"This company has accepted public money to furlough thousands of workers. Unite and Britain's taxpayers deserve a more responsible approach to a national emergency. We call upon Rolls Royce to step back from the brink and work with us on a better way through this crisis."

East said: "No government can extend things like furlough schemes for years into the future. We have to look after ourselves and make sure we meet medium-term demand."

Air travel has ground to a virtual halt since the virus began spreading across the world and many airlines have announced steep job cuts. Airlines have been hit hard by the crisis with many cutting their flying hours by 90 percent or more, and manufacturers Airbus and Boeing have slashed their production numbers for the next few years.

In statement, Rolls-Royce said the impact of the pandemic on the company and the whole of the aviation industry "is unprecedented". It said that it is "increasingly clear that activity in the commercial aerospace market will take several years to return to the levels seen just a few months ago".

As well as the job losses, the company said it would cut costs in areas such as its production plants and properties. It expects to make cost savings of 1.3 billion pounds ($1.6 billion).