BEIJING, May 20 (Xinhua) -- Some politicians from a few countries including the United States will not succeed in their attempt to smear China over COVID-19, a Chinese spokesperson said on Wednesday. 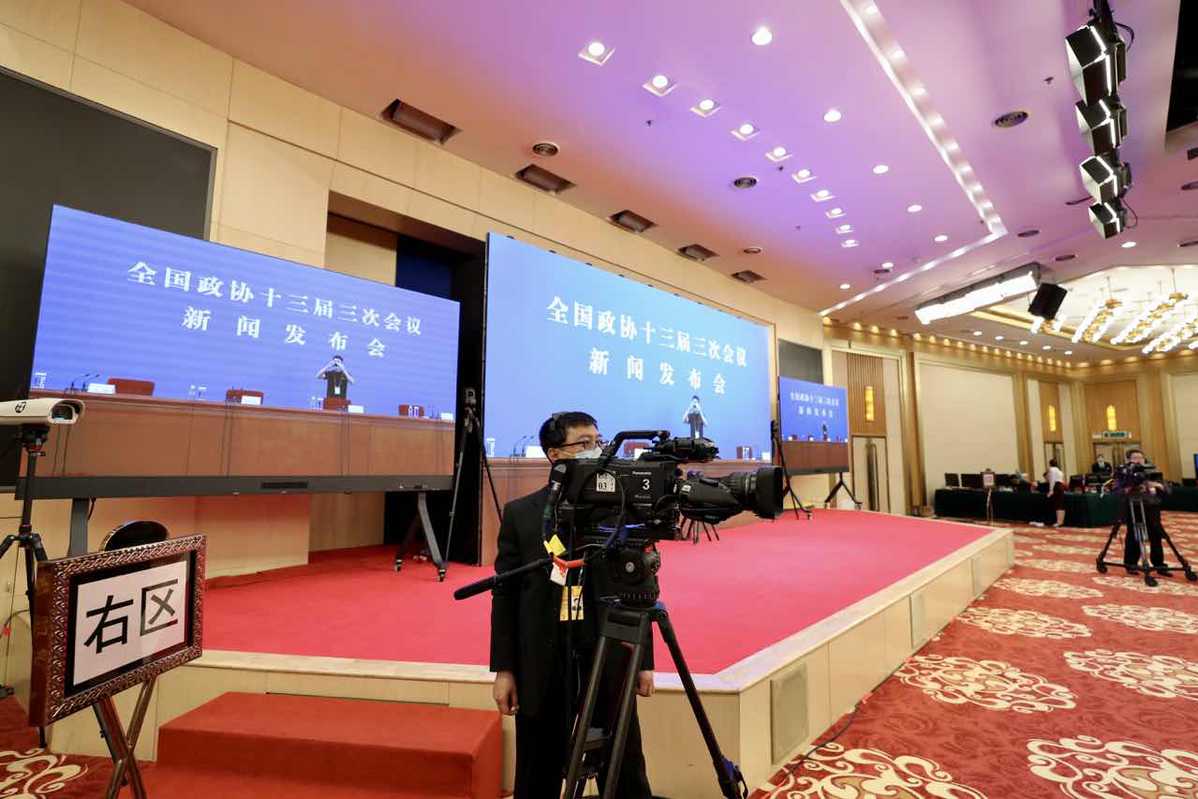 A video news conference is held for the annual session of the National Committee of the Chinese People's Political Consultative Conference, China's top political advisory body, May 20, 2020. (Photo: China Daily)

Guo Weimin, spokesperson for the third session of the 13th National Committee of the Chinese People's Political Consultative Conference, made the remarks at a press conference.

The politicians made unfounded claims that the virus came from China, or accused China of assisting other countries to raise geopolitical influence and compete for global leadership, Guo said.

Such accusations are either out of political needs to deflect blame at home, or out of ideological bias, he said.

The Chinese government has refuted such unfounded claims. Many international organizations, including the World Health Organization, and some renowned experts, have also voiced their objections, he said.

Concerning the quality of exported medical supplies, Guo said reasons for doubts over the quality of exports are diverse. Some derive from the difference in quality standards between China and other countries, and some are due to different user habits or inappropriate usage.

China has exported a large number of medical supplies, and problems were reported only in an extremely small number of them, he said.

Guo said the Chinese government has zero tolerance for quality problems. "Relevant departments have taken strict measures to ensure the quality of medical supplies and export order," he said.

Speaking of foreign assistance, Guo said China has always been sincere in helping other countries in the fight against COVID-19, and China's actions reflect the humanitarian spirit.

It is unreasonable and narrow-minded to accuse China of using assistance to compete for global leadership, he said.

"China, as a builder of world peace, a contributor to global development, and a defender of the international order, is committed to working with other countries to jointly build a community of health for all, and a community with a shared future for mankind," he said.