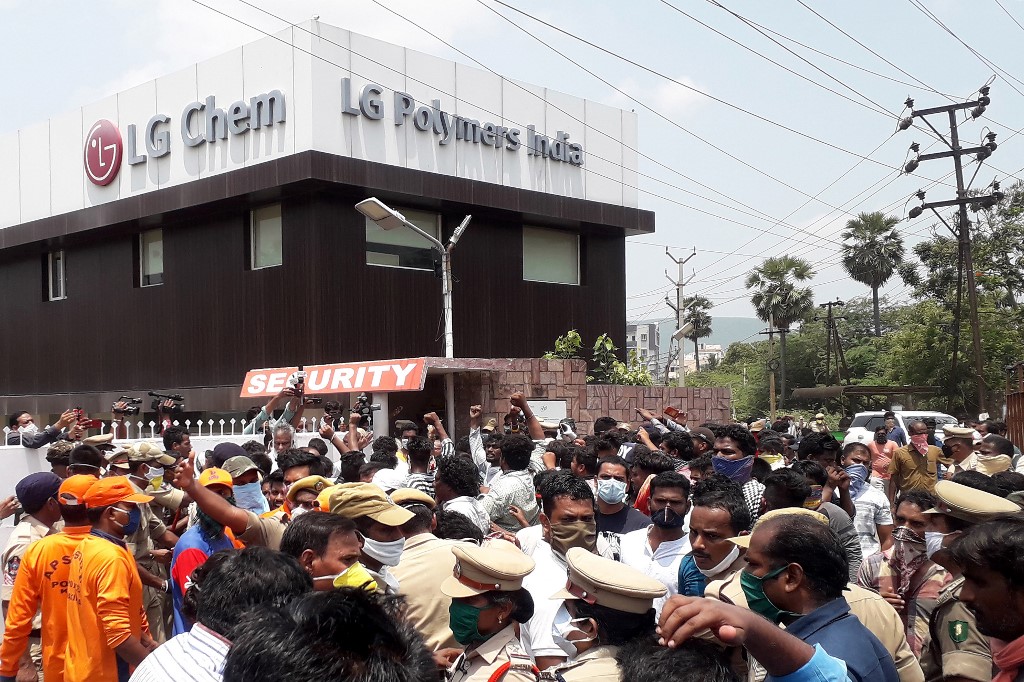 Residents protest in front of LG Polymers plant demanding justice to the gas leak victims, in Visakhapatnam, in Andhra Pradesh state on May 9, 2020. Engineers battled on May 8 to prevent more toxic gas escaping at a chemical plant on India's east coast, a day after a pre-dawn leak killed 12 people and knocked locals unconscious in the street. (Photo: AFP)

LG Group is the fourth-biggest of the chaebols, the family-controlled conglomerates that dominate business in South Korea, the world's 12th-largest economy.

On Wednesday, a fire broke out at LG Chem's plant in Seosan, around 120 kilometres south of Seoul, killing a researcher and injuring two workers.

"I express my deep condolences and consolation to victims and their families," Koo said at the Seosan plant, according to Yonhap news agency.

"I am very sorry for causing concern to many people," Koo added, noting that management felt "heavy responsibility" for the safety accidents.

LG Chem produces petrochemicals, plastic resins, and engineering plastics, and has plants across South Korea and around the world, from the United States and Brazil to China and Australia.

The company also manufactures industrial and electronic materials and has emerged as one of the top battery suppliers for hybrid and electric cars, with customers including Mercedes Benz, Volvo, Volkswagen, and BMW.

LG Chem recorded sales of $24.5 billion last year and an operating profit of $800 million, according to its website.