Netanyahu asks for pass on attending his corruption trial opening 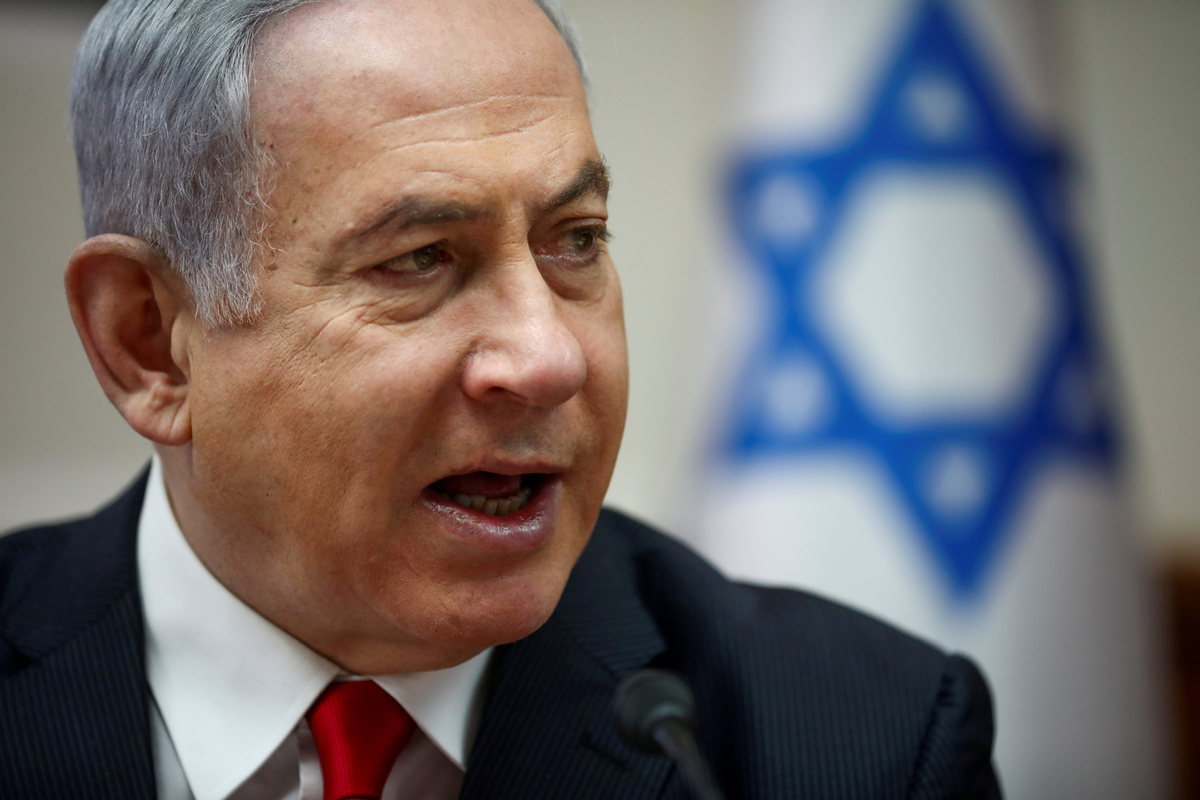 JERUSALEM, May 19 (Xinhua) -- Israeli Prime Minister Benjamin Netanyahu filed on Tuesday a request not to stand before the court at the opening session of his criminal trial next week.

In the request, Netanyahu's lawyers say that his presence was "unnecessary" and would cost "a fortune." According to the lawyers, the prime minister's attending in court would require five security guards.

The request was submitted to the Jerusalem District Court, where the trial of the long-serving leader will begin on Sunday, hours after the justice ministry said that he should not be exempted, as the presence of defendants in their opening session is a regular procedure.

In a statement, the justice ministry said that it "does not see a reason to deviate from the distinguished court's decision on the presence of the defendants." The ministry also noted "the importance of justice being seen to be done, and of public trust" during the unprecedented trial.

The moves came only two days after Netanyahu has sworn-in his new power-sharing government together with his former rival, Benny Gantz, leader of the centrist Blue and White party. The unusual unity government broke a year and a half of political stalemate following three rounds of inconclusive elections.

Netanyahu's trial on charges of bribery, fraud and breach of trust had been set to begin in March but was postponed to May 24 due to lockdown restrictions amidst the outbreak of the novel coronavirus.

Netanyahu, the first prime minister in Israel's history to stand to trial while in office, denies the allegations, charging they are part of "a witch hunt."

The trial, including the expected appeals, could take several years.