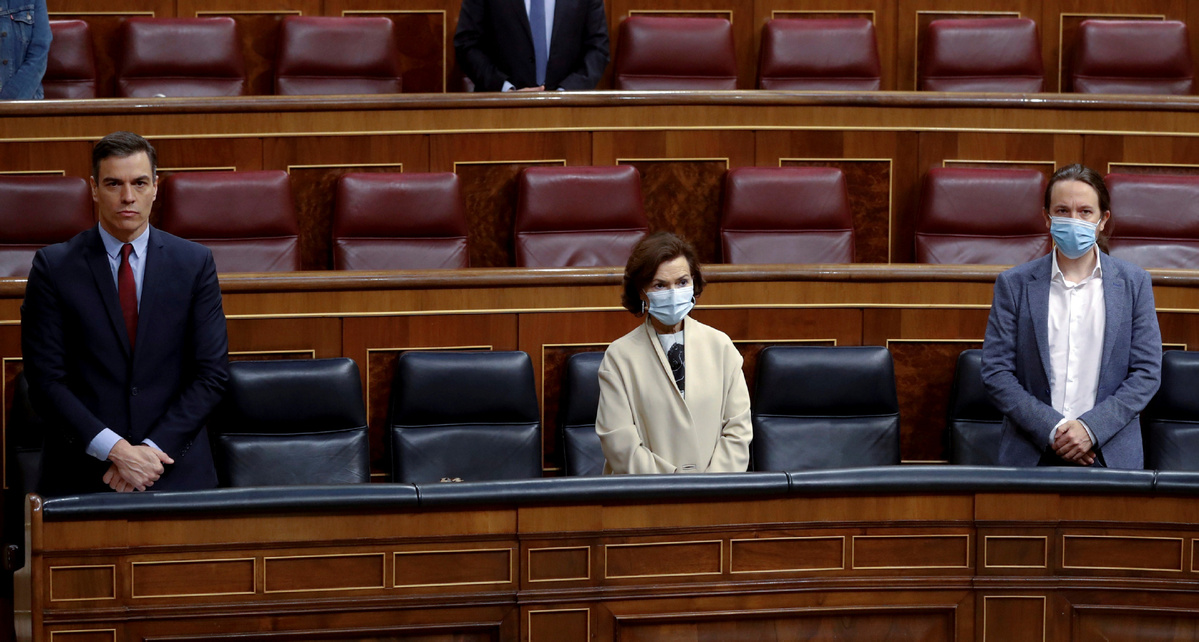 MADRID - Spanish Prime Minister Pedro Sanchez on Wednesday explained in Spanish Congress why he is requesting a further 15-day extension of the country's state of alarm, which was imposed to stop the spread of COVID-19.

Though the number of new cases in Spain continues to fall, and the number of deaths was below 100 for the third consecutive day on Tuesday, Sanchez insisted that the state of alarm gives the government power to prevent movement between the different parts of Spain, which is vital as his country continues its "asymmetrical" relaxation of containment measures and gradual opening of the economy.

"We can say that the state of alarm has worked and it has benefitted the collective of our autonomous communities and citizens," Sanchez said in a speech on Wednesday morning.

The prime minister asked for "prudence and caution" and highlighted the results of a nationwide study to show the spread of COVID-19 throughout the population.

The first results of the study were published a week ago and showed that only 5 percent of Spaniards had antibodies for the coronavirus -- not enough to develop "herd immunity" -- and that some regions of the country had a much higher incidence of the virus than others.

"This is the only possible way to combat the virus efficiently. Prudence, caution and security have been vital," he added.

Despite reaching an agreement with the center-right Ciudadanos party on Tuesday, it is still uncertain if Sanchez will be able to win enough votes to pass the measure, in the face of the main opposition parties.