The Lancet refutes Trump's WHO letter 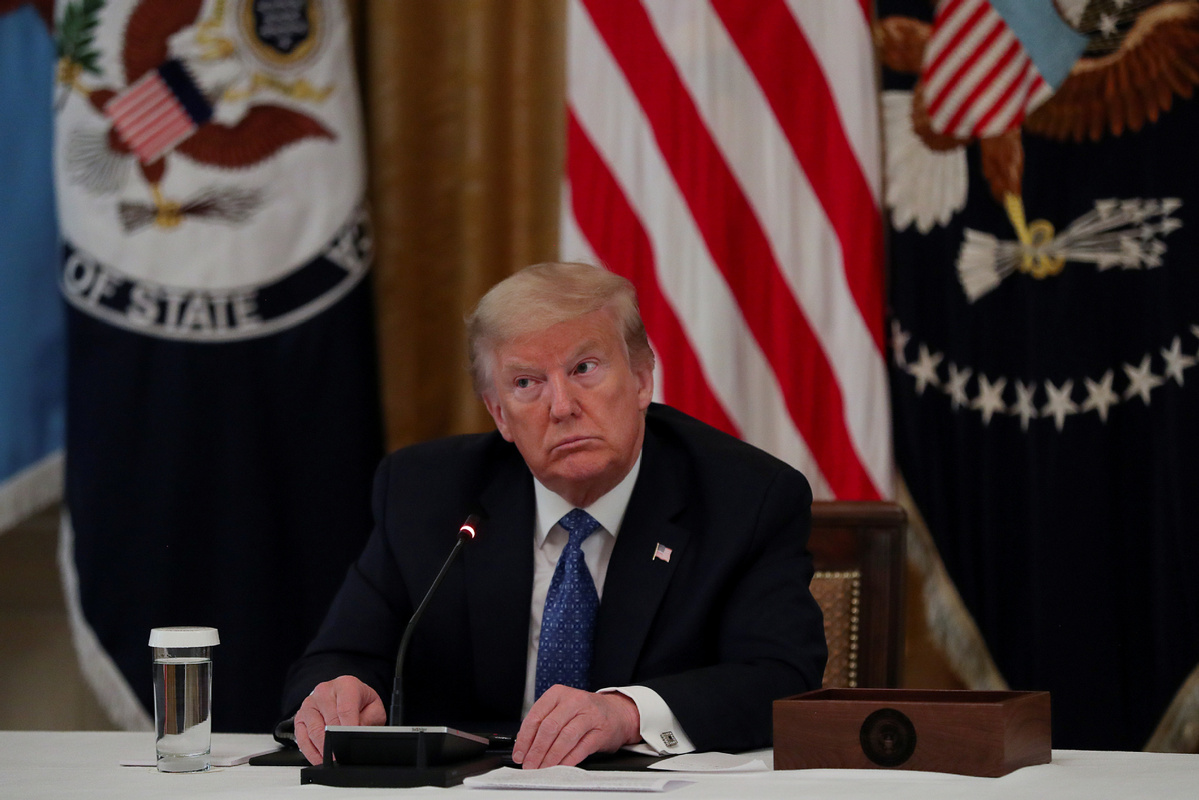 US President Donald Trump participates in a Cabinet meeting on the administration's coronavirus disease (COVID-19) outbreak response in the East Room at the White House in Washington, US, May 19, 2020. (Photo: Agencies)

A prestigious medical journal has refuted claims made by US President Donald Trump in a letter that criticized the World Health Organization's response to the coronavirus pandemic and threatened permanent funding cuts.

Trump wrote Monday to the international health body that it had ignored "credible reports of the virus spreading in Wuhan in early December 2019 or even earlier, including reports from the Lancet medical journal".

He also criticized the organization's relationship with China and gave it 30 days to "commit to major substantive improvements" or he would permanently withdraw US funding and membership.

In response to the letter, the British journal Lancet issued a statement on Tuesday calling Trump's mention of the reports as "factually incorrect".

"The Lancet published no report in December 2019, referring to a virus or outbreak in Wuhan or anywhere else in China," the journal said in its statement. The first two such reports published by the Lancet were on Jan 24, and both studies were led by scientists and physicians from China, according to the journal.

"The allegations leveled against WHO in President Trump's letter are serious and damaging to efforts to strengthen international cooperation to control this pandemic," said the Lancet. "It is essential that any review of the global response is based on a factually accurate account of what took place in December and January."

Trump is "trying to create drama and hate towards China to deflect his own incompetence and inability to deal with the pandemic," Julie Tang, a civil rights advocate and retired Superior Court judge in San Francisco, told China Daily. "He should stop his provocation with China and start cooperative and peaceful engagements with China to address this crisis."

Despite the call for collaboration with China from US and international scientists, Trump and his Republican allies have been aggressively blaming China for the pandemic, such as calling the disease the "Chinese virus" and saying Chinese Americans are mostly angry with China.

"We are proud of what China did to stop the virus and tried to prevent its spreading. We wish our president can do half as good a job as China has done. If he had, we wouldn't be still sheltering," said Tang.

While Trump threatened the WHO, China pledged to the international organization on Monday that it will provide $2 billion over two years to help other countries respond to the impact of the pandemic and produce a vaccine for the global public good.

The pledges demonstrate "China is doubling-down on commitment to WHO and the multilateral system. The US really risks not only being left behind by China but by the rest of the world," Alexandra Phelan, assistant professor in the department of microbiology and immunology at Georgetown University, wrote on Twitter.

In contrast to China's pledges, Trump's accusations against the WHO could damage "America's reputation and global standing over COVID-19", warned Tom Fowdy, a British political and international relations analyst. "Its (China's) pledges of support for others and international cooperation still paints a massive contrast to the absolute disaster in the United States," he said.

Evan Feigenbaum, vice-president for studies at the Carnegie Endowment for International Peace, suggested that there's more to Trump's threat to the WHO.

"If you really think that letter to Tedros (WHO director) had anything to do with a deep desire to ‘reform global institutions' then you haven't been paying sufficient attention for the last three years," Feigenbaum said on Twitter.

He said Trump is a "grievance politician" and has shown "no interest in multilateral institutions".

"Existential debates about ‘global governance' aren't his thing," he said.