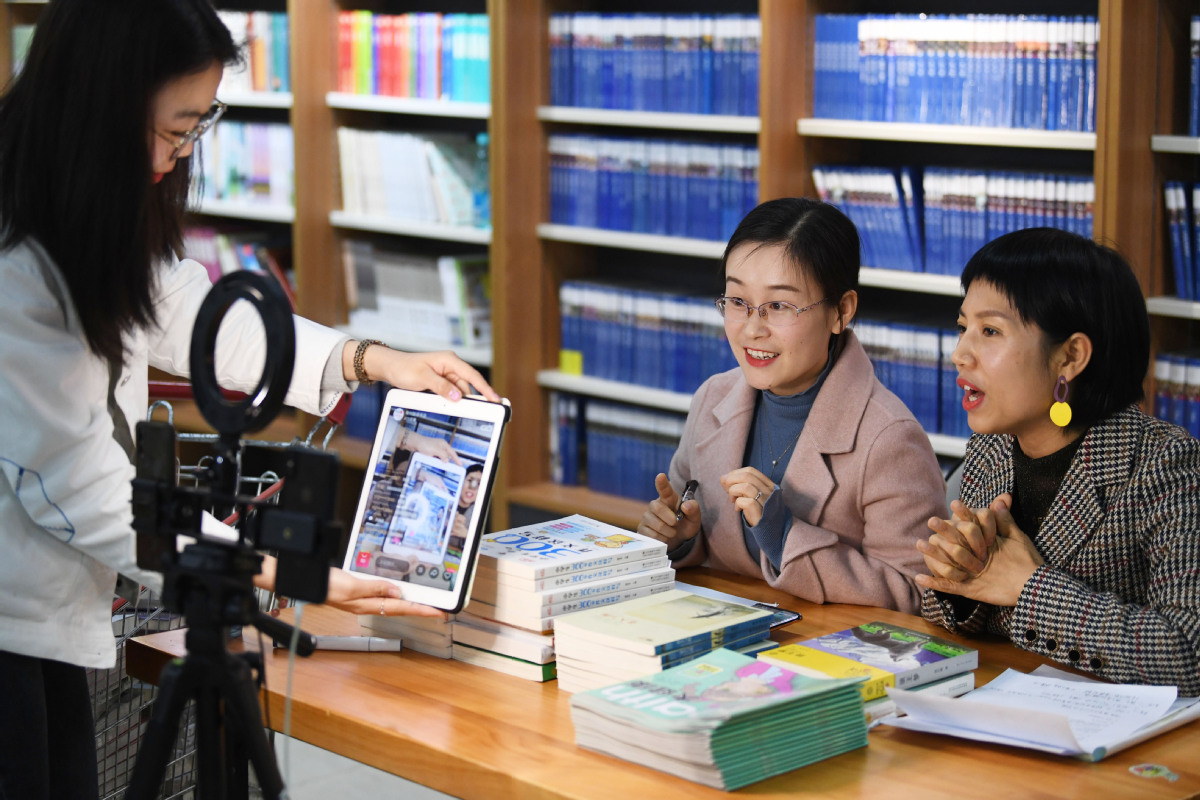 Industry insiders said Chinese search giant Baidu Inc's foray into livestreaming will intensify competition as the burgeoning sector has seen a big boost since the COVID-19 outbreak. Additionally, it is imperative to cultivate high-quality content creators and key opinion leaders to entice a new breed of users.

Baidu is banking on information and knowledge-centered livestreaming business and planning to invest 500 million yuan ($70.4 million) to cultivate 1,000 star livestreamers in an attempt to grab a bigger slice of the lucrative market currently dominated by short-video platforms such as Douyin and Kuaishou.

"We intend to be more active in promoting livestreaming in 2020.We have capabilities to organize very targeted livestreams to attract users and provide corresponding services that meet users' unique demands," said Shen Dou, executive vice-president of Baidu, at the company's 2020 Wanxiang Conference on Wednesday.

He said Baidu can work with content creators to provide users with deeper and personalized services through livestreaming. For example, it can provide one-stop services such as appointments and consultations based on health-related livestreaming, and book-buying services based on knowledge and book-referral livestreaming.

Livestreaming has become an important medium for acquiring knowledge, entertainment and shopping since the outbreak of COVID-19, as tens of millions of Chinese were confined indoors due to restrictions on large gatherings and travel.

Baidu has promoted livestreams of Beijing's Palace Museum to users who have been unable to visit in person. When users view a livestream on its Haokan short-video app that recommends a certain book, it can direct them to a smart mini program where they can purchase that book.

The size of China's livestreaming e-commerce sector reached 433.8 billion yuan in 2019, up 226 percent compared with the previous year, and it is expected to double this year, said iiMedia Research in February.

The number of daily active users of Kuaishou surged 40 percent during the Spring Festival holiday, compared with the festive season last year. Douyin also saw a 26 percent rise in DAUs, the report said.

Moreover, Chinese entrepreneur Luo Yonghao sold more than 170 million yuan worth of products during his livestreamed e-commerce debut on short-video app Douyin, with 48 million users tuning in on April 1. Over 910,000 sets of products－including tech gadgets, foods and snacks－were sold.

Dong Mingzhu, chairwoman of Chinese home appliance manufacturer Gree Electric Appliances, sold over 310 million yuan worth of products during a three-hour livestreaming event via Kuaishou on May 10.

"The combination of short videos with livestreaming is an effective method to engage potential clients and drive online sales," said Cao Lei, director of the E-Commerce Research Center at the Internet Economy Institute. Cao said maintaining future data traffic growth is crucial for these platforms.

Ma Shicong, an analyst with Beijing-based internet consultancy Analysys, said the commercial use of the superfast 5G and ultra-high definition technologies has boosted the livestreaming industry, adding that she is bullish on the prospects for the sector.

Ma said that as a latecomer to the livestreaming sector, it will take time for Baidu to cultivate its own livestreaming celebrities or key opinion leaders.

"Compared with livestreaming e-commerce, the threshold of information and knowledge-based livestreaming is relatively high, so the programs launched by Baidu to cultivate and support high-quality content creators are of great significance," Ma said.