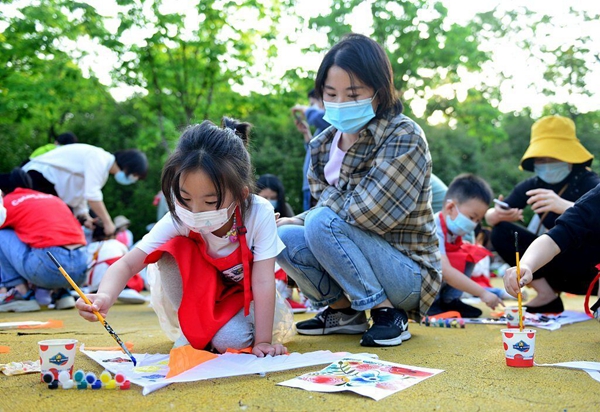 A top political advisor has suggested creating a national Mother's Day for Chinese people to show their gratitude for mothers and promote traditional Chinese culture.

"The mother is a child's first teacher, and the mother's role in the child's growth is crucial," Yang Chaoming said.

"Many elements of Chinese culture, including the filial piety, loyalty, family relationship and how to choose life direction, even people's love and patriotism of motherland, are closely related to China's maternal culture."

Yang, a member of the National Committee of the Chinese People's Political Consultative Conference (CPPCC) and head of the Confucius Research Institute of China, is in Beijing to attend the third annual session of the 13th CPPCC National Committee.

He believed that setting up a Chinese Mother's Day would be a good way to preserve traditional Chinese culture and national heritage.

He referred to how the ancient stories of mothers stood out and withstood the test of time, for example, the story of Mencius (372-289 BCE) and his mother. Mencius, the most famous Chinese philosopher after Confucius, was a strict Confucian philosopher born in the state of Zhou during The Warring States Period in China. There was a legend about how his mother influenced his growth, helped shape his thinking and personality. 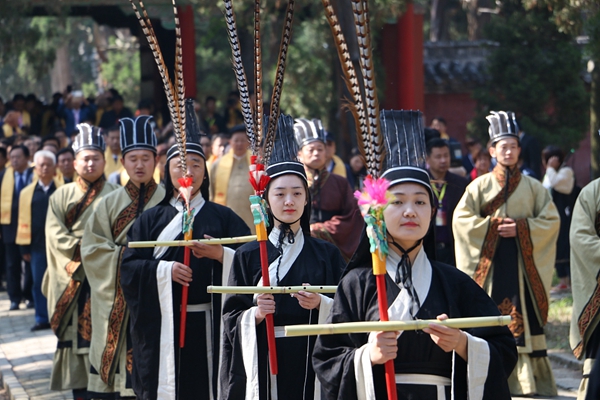 A Chinese traditional ritual to commemorate famous Chinese Confucian philosopher Mencius and his mother in Zoucheng, Shandong province, in 2017.

He also cited the examples of ancient saints and historical figures who were influenced by their mothers, from the mother of King Wen of Zhou Dynasty, to mothers of the statesman and poet Ouyang Xiu and the national hero General Yue Fei from the time of the Song Dynasty.

"China has rich maternal-related cultural resources and a long history of the tradition. When we vigorously promote such culture, it will be very conducive to the harmony and stability of the family and society, and to the growth of young people and the improvement of national quality," Yang wrote in his proposal submitted to China's top political advisory body this year.

"The establishment of Chinese Mother's Day is of great significance to the correct direction of female ethics, female education and family education, as well as the inheritance of excellent traditional culture."

Yang suggested a suitable annual date would be the birthday of Mencius, which is April 2 under Chinese lunar calendar. Since 2007, in his hometown of Zoucheng, Shandong province, the local government has already been promoting a local Mother Culture Day, which is steadily gaining more attention and support.