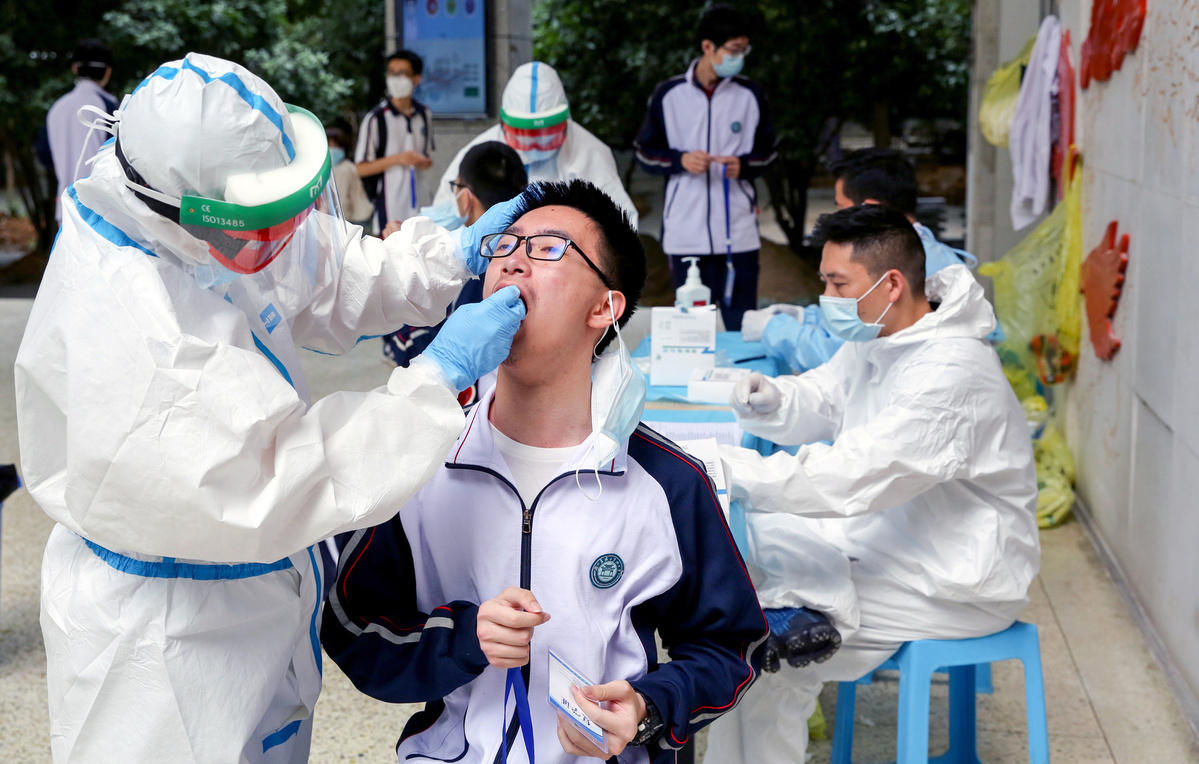 Wuhan has accelerated its campaign to conduct nucleic acid tests on all the city's residents, with half already tested for the novel coronavirus, local health authorities said.

Wuhan, capital of Hubei province, started the campaign on May 14 to look for asymptomatic cases of COVID-19－people who show no clear symptoms despite carrying the virus－after cluster cases were reported on May 10 for the first time since the lockdown of the city was lifted in early April.

The city had conducted nucleic acid tests on more than 3 million residents before the campaign started, the commission said.

The city and district governments are covering the costs of the tests, so no personal payment is required, it said.

Lu Zuxun, a public health professor at Huazhong University of Science and Technology, said it was remarkable that the city had completed testing on half its residents, demonstrating its capability to contain the virus.

The mass testing effort will help uncover potential sources of infection and reduce the risks as the city further resumes work, production and schooling, he said.

It will also help ease public concerns as the city continues to report new asymptomatic cases each day, Lu said.

A statement issued by the commission said that to minimize cross-infection risks, workers will set up open-air testing sites in residential compounds and remind residents to maintain distance when lining up for the tests.

Door-to-door sampling can be arranged for those who have trouble visiting the testing sites, it said.

News outlet Caixin reported that some regions in the city have combined test samples of five to 10 residents to accelerate the mass testing. If a mixture of samples tests positive, they will conduct further tests on those people.

Li Shengnan, a nurse at Zhongnan Hospital of Wuhan University, said more than 200 nurses at the hospital had been conducting tests at residential compounds since May 15.

The nurses, each of whom conducts around 3,000 tests a day, should demonstrate increased patience and accuracy as people from all age groups come to be tested, she said.

Li added that all people should wear masks and practice social distancing.

"Although the weather is already hot in Wuhan and wearing protective equipment from head to toe makes it hotter, we think it is worth it, as mass testing will ease people's worries about the pandemic," she said.

Li Tianyao, a resident of Wuhan's Wuchang district, said it was necessary to conduct the mass testing as people were eager to return to their normal lives.

"We can finally move on from the pandemic after all asymptomatic cases are located and properly treated," she said.

Chen Kebin, a resident of Hongshan district, was tested on Saturday. He said he had not been tested before as none of his family members had contracted the disease.

"Some people argue that it is too costly to conduct tests on all residents, but I do not think so, as the results are key to fully resuming life in the city," he said.

Only when people knew there were few risks of infection remaining could they feel confident enough to leave their homes and get their old lives back, he added.