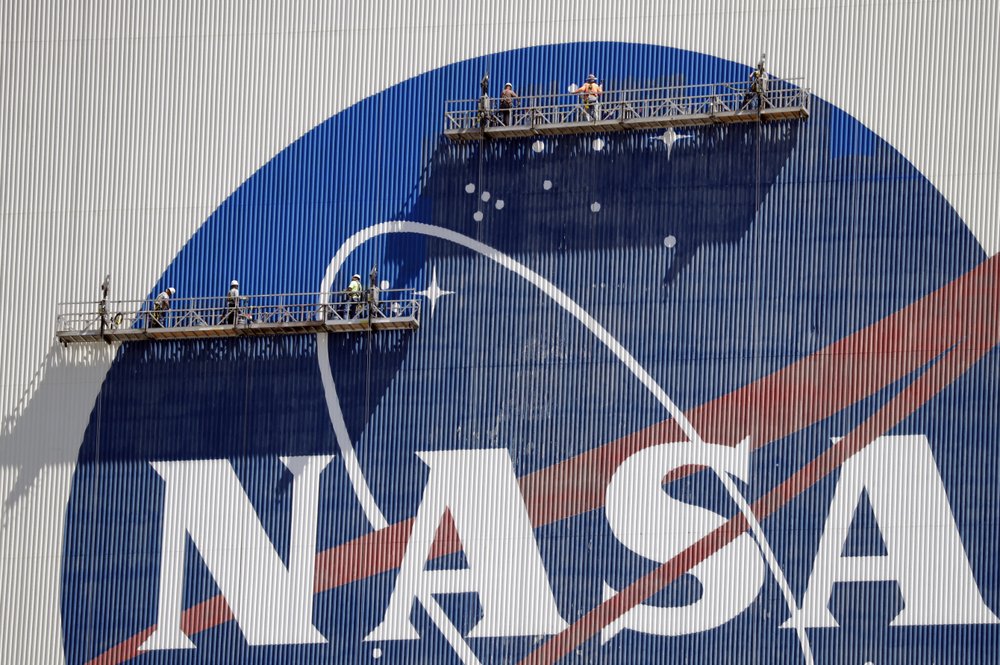 Workers near the top of the 526 ft. Vehicle Assembly Building at the Kennedy Space Center spruce up the NASA logo standing on scaffolds in Cape Canaveral, Fla., Wednesday, May 20, 2020. (Photo: AP)

The two astronauts who will end a nine-year launch drought for NASA flew to Kennedy Space Center on Wednesday, exactly one week before their historic SpaceX flight.

It will be the first time a private company, rather than a national government, sends astronauts into orbit.

They’re scheduled to blast off next Wednesday atop a SpaceX Falcon 9 rocket, bound for the International Space Station. They’ll soar from the same pad where Atlantis closed out the space shuttle program in 2011, the last home launch for NASA astronauts.

The welcoming committee was reduced drastically in size because of the coronavirus pandemic. Journalists were told to wear masks.

NASA’s commercial crew program has been years in the making. Boeing, the competing company, isn’t expect to launch its first astronauts until next year.