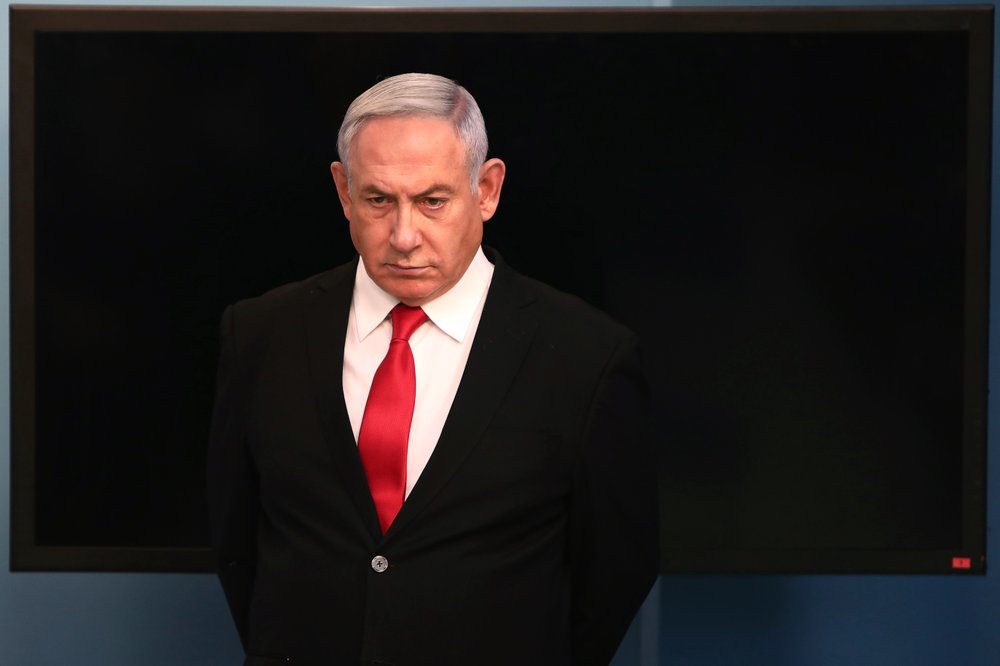 In this Saturday, March 14, 2020 file photo, Israeli Prime Minister Benjamin Netanyahu arrives for a speech from his Jerusalem office, saying Israel's restaurants and places of entertainment will be closed to stop the spread of the coronavirus. (Photo: AP)

JERUSALEM, May 20 (Xinhua) -- The Israeli court on Wednesday ordered Prime Minister Benjamin Netanyahu to appear at the first court session of his upcoming corruption trial.

The Jerusalem District Court rejected a request filed by Netanyahu's lawyers on Tuesday to exempt him from appearing for the opening hearing.

The lawyers argued that Netanyahu's presence was unnecessary because he had "read this indictment several times already," and the five bodyguards needed to secure his arrival would cost the public coffers "a fortune."

The presence of defendants in their opening session is a regular procedure in Israel.

The trial will begin on May 24 at the Jerusalem District Court.

On Sunday, Israel's longest-serving leader was sworn in his rare power-sharing government together with his former rival, Benny Gantz, leader of the centrist Blue and White party, breaking a year and a half of political stalemate following three rounds of inconclusive elections.

Netanyahu's trial on charges of bribery, fraud and breach of trust should have begun in March but was postponed to May 24 because of lockdown restrictions amid the outbreak of the novel coronavirus.

Netanyahu, the first sitting prime minister in Israel's history to stand trial, denies all allegations as part of "a witch hunt."

The trial, including the expected appeals, could take several years.