BEIJING — China's central government will set aside 53.9 billion yuan (about $7.6 billion) of employment subsidies this year amid efforts to ensure employment, according to a draft budget report submitted on May 22 to the national legislature for deliberation. 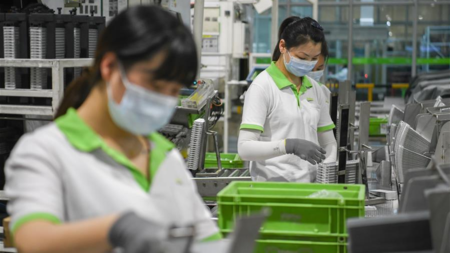 The government will do all it can to stabilize and expand employment as it is a top priority of the government work, said the report.

The country will make good use of over 100 billion yuan of special funds for vocational skills training, which were allocated from the balance of unemployment insurance funds, the report noted.

The central government will also use funds for rewarding and subsidizing structural adjustments in industrial enterprises, and press local authorities to fully implement policies on employment and startups, said the report.

China will prioritize stabilizing employment and ensuring people's livelihood this year, aiming to create more than 9 million new urban jobs, according to a government work report delivered by Premier Li Keqiang to the national legislature on May 22.