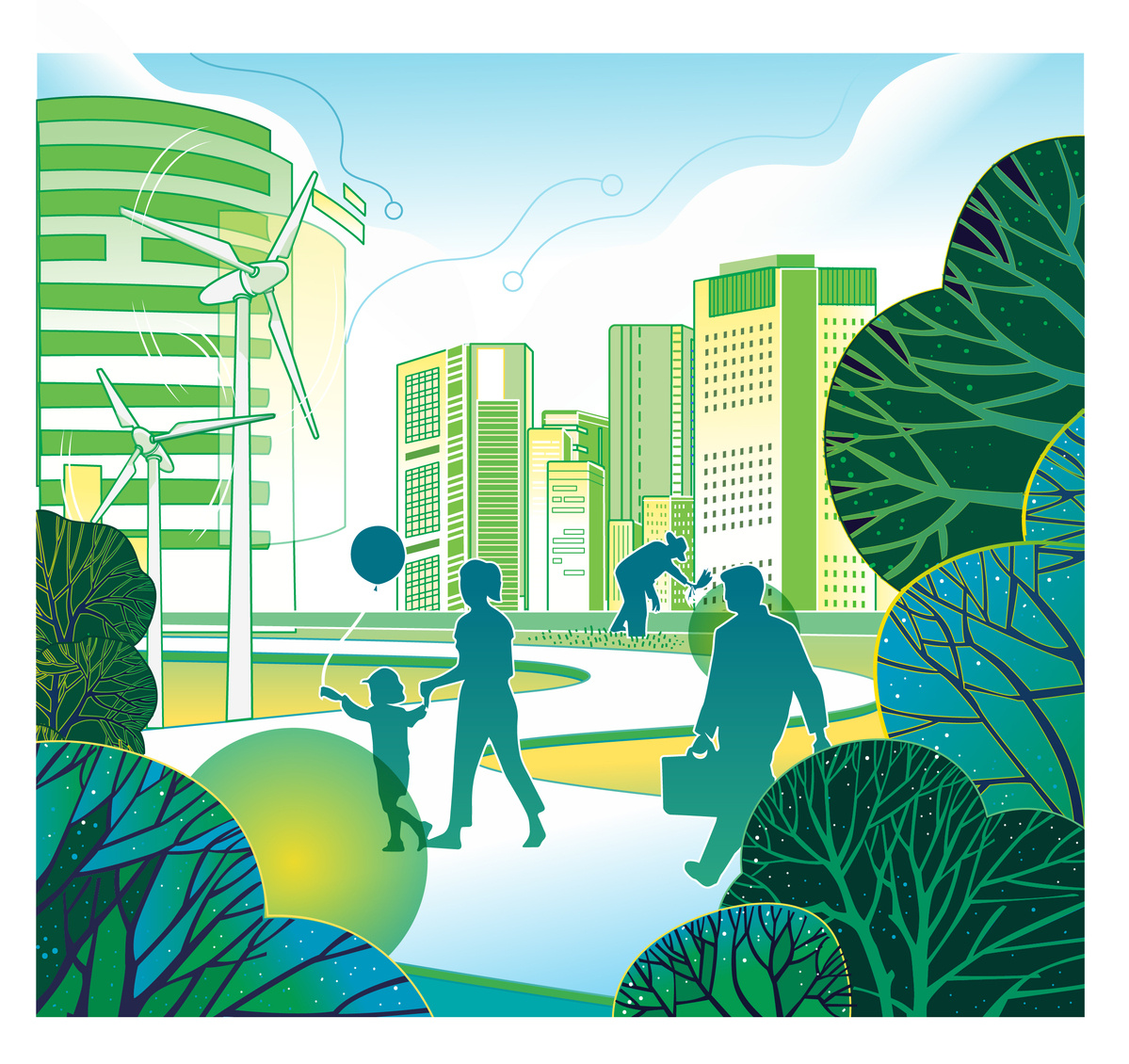 As the global battle against COVID-19 continues, countries around the world face enormous pressure in dealing with the wide-ranging consequences of the pandemic which extend far beyond health. The world that emerges post-COVID-19 will be very different from the one before it, and how we respond and adapt to the changes during this period will impact the future direction of our planet.

As such, it is essential that we take advantage of this moment to re-emphasize the growing urgency of shifting to a low-carbon economy. We have just 10 years left to meet the 2030 Agenda for Sustainable Development and avert the worst effects of climate change. In many ways, the costs of ignoring the findings of climate science have been laid bare by COVID-19. Climate change heightens the risk of future pandemics.

The warming climate damages the natural environment, shrinking wildlife habitats and forcing animals and humans into ever closer contact, thereby increasing the likelihood for animal to human transmission of viruses. As we recover from the COVID-19 pandemic, we must heed these warnings of our warming planet for greater resilience to future shocks.

'New normal' should be compatible with nature

The most effective way to do this is to adopt a "new normal" that is compatible with the boundaries our planet has set. This calls for ideas, solutions, and models that are both sustainable and comprehensive, connecting the social, ecological and economic aspects of development.

The unprecedented global response to the COVID-19 outbreak has already proven that this new normal is possible. The habits that quickly developed during the pandemic－such as working from home, contact-free services and reduced travel－demonstrate that we can operate under a low-carbon, green model. For the first time in world history, we even saw a virtual G20.

We should build upon these habits and mainstream them into government and organizational policies, as well as our own behavior. Such changes should also be accompanied by further incentives for renewable investments, ensuring a future that is low-carbon, resource efficient, socially inclusive and less vulnerable.

China is well positioned to play a key role in this effort. The country is at the forefront of solar technology and low-carbon transportation, including high-speed rail, bike-sharing, and electric vehicles. It has one-third of the world's wind power, a quarter of its solar capacity, six of the top 10 solar panel manufacturers and four of the top 10 wind turbine makers. Indeed, China's 14th Five-Year Plan (2021-25), to be put forward during the upcoming annual sessions of the National People's Congress and the Chinese People's Political Consultative Conference National Committee are expected to place increased emphasis on clean energy and reduction of carbon emissions.

New renewable energy jobs in China now outnumber those created in the oil and gas industries. In 2017, China invested more than $125 billion in renewable energy, at least 25 percent more than the previous year. Its new cutting-edge transmission line that carries electricity along a pathway 600 miles (965 kilometers) longer than anything built to date is another potential boon for renewables.

During the pandemic, China has also shown the benefits of embracing digital technology. Indeed, its digital economy has been a major factor in its ability to shield citizens and companies against the impact of COVID-19 lockdowns, while bolstering the economy.

Companies were able to upgrade goods and services by developing online sales channels, shifting manufacturing and improving technology. Roughly a month after the outbreak in China, 60 percent of enterprises were able to resume work and production through flexible arrangements, such as remote work and automation, while 20 percent switched to online production. In large part due to this shift, at the height of the outbreak, China saw a marked improvement in air quality, recording more than 25 percent reduction in carbon dioxide emissions in the two-week period following the Lunar New Year compared with the same period in 2019.

Beyond the environmental benefits, making energy systems greener could also boost global GDP by $98 trillion by 2050, delivering 2.4 percent more GDP growth than current plans. By boosting investments, the number of renewable energy jobs could quadruple to 42 million globally in the next 30 years, with healthcare savings eight times the cost of the investment and helping to prevent future crises. Six million jobs can be created by embracing the circular economy, where used goods are re-used, recycled and upcycled at greater value. And 1.2 billion jobs－40 percent of all jobs on Earth－depend on a healthy and stable environment.

In the push to adopt green models, we must also remember to support the most vulnerable and make sure to leave no one behind. For example, while the development of digital infrastructure and online services shows great potential for lowering emissions without sacrificing economic growth, not everyone has equal access to technology, nor are they equally capable of using it.

In China, this digital divide is particularly pronounced between rural and urban residents. Internet penetration in China's urban areas is 71 percent while that in rural areas is only 35.4 percent. Such inequalities will prevent many groups from enjoying the long-term benefits of a green economy, regardless of the promise of slowing climate change or creating new jobs. The digitalization of economies will create new opportunities, but also transform the employment market with some losing out.

Shift to green economy should be inclusive

The transition to a green economy must be as inclusive as it is environmentally conscious. As such, in the post-COVID-19 world, the United Nations Development Programme will continue working to support the vulnerable and marginalized, by developing their capabilities to participate in the digital economy and guiding social safety nets to shield them against future shocks, so that all are equally able to benefit from the new normal. COVID-19 has brought people together in a way that no amount of advocacy could. Countries, companies and communities now have a shared understanding that will make it easier to bring stakeholders together: no one wants to experience this type of crisis again.

There is an invaluable opportunity to push for a green economy－one that has the potential to improve resiliency against future shocks. While the last few months may have offered a preview of how a green economy can work, this has mainly been the unintentional consequence of government policies to curb the virus. In the post-COVID-19 world, a green economy must shift from being a side effect to being a clear objective in and of itself. Climate considerations must be at the center of our recovery. The time to act to safeguard life on Earth is now.

The author is UNDP resident representative in China.