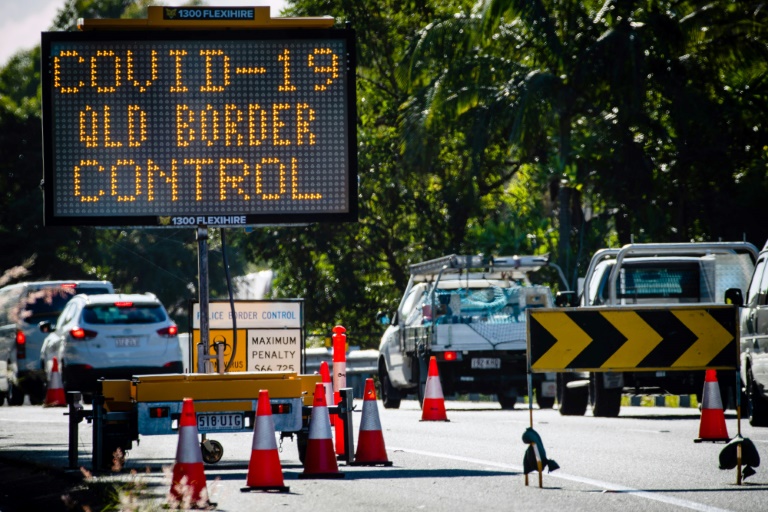 The refusal of some Australian states to reopen domestic borders to outsiders has highlighted a dilemma set to face the world, as cities, regions or countries emerge from the pandemic at different speeds. (Photo: AFP)

A bitter row has broken out between Australian states, with some refusing to reopen domestic borders to outsiders despite a steep drop in coronavirus infections.

Several states making up more than three-quarters of the Australian continent shut their doors to compatriots from areas like Sydney and Melbourne in late March and are refusing to reopen them.

The debate has highlighted a dilemma set to face the world, as cities, regions or countries emerge from the pandemic at different speeds.

Like Germany, the US or India, Australia's states and territories wield sizable powers. They have largely determined their own COVID-19 responses, sometimes ignoring Canberra's guidance.

While other tourism-reliant countries like Greece and Iceland mull reopening to international visitors within weeks, Australia is still fiercely debating the benefits of domestic travel.

Critics say the restrictions have no medical basis as cases have dwindled, may be unconstitutional and are damaging the economy -- making it impossible to fully restart trade and tourism.

The issue has also taken on a political tinge in Australia, with officials looking to tap into regional rivalries for political gain and to score points against states run by rival parties.

"We won't be lectured to by the worst-performing state in Australia," she said Thursday, insisting New South Wales must first quash community transmission.

New South Wales -- which includes Sydney -- accounts for more than 3,000 of Australia's 7,000 confirmed COVID-19 cases and almost half the 100 deaths from the virus.

But new cases in the state are now down to around two a day, prompting centre-right Premier Gladys Berejiklian to call for borders to reopen.

"I often joke with the Queensland Premier that I'll end up going to Auckland before I go to Brisbane if we continue the way we are going," she said recently.

On Thursday, Berejiklian doubled down, saying it was "not logical at this stage to maintain those border closures for a prolonged period of time" and suggested other leaders were playing politics.

"What's really critical to us now as a nation is to get the jobs going, is to stop us falling off an economic cliff in a few months' time," she told public broadcaster ABC.