Italy virus death toll could be 19,000 higher than reported: agency 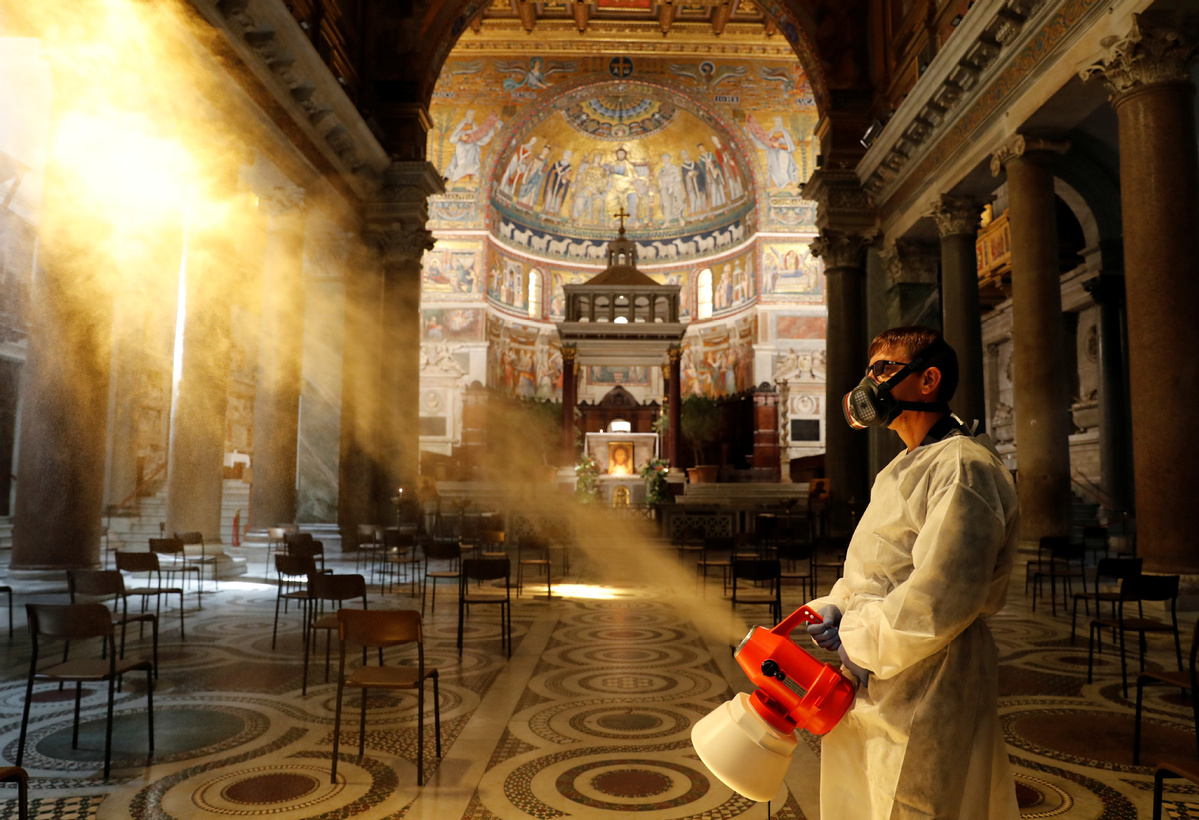 A man disinfects the Santa Maria in Trastevere Basilica, during the coronavirus disease (COVID-19) outbreak, in Rome, Italy, on May 11, 2020. (Photo: Agencies)

Italy's death toll from the novel coronavirus in March and April could be nearly 19,000 higher than the official figure of 32,000, the national social security agency said Thursday.

The Istituto Nazionale della Previdenza Sociale (INPS), the largest social security and welfare institute in Italy, said in a new study that the official death figures were not "reliable".

Its study showed that 156,429 total deaths were recorded in Italy in March and April, which is 46,909 higher than the average number of fatalities in those months recorded between 2015 and 2019.

But only 27,938 deaths linked to coronavirus were reported during that period by the Civil Protection Agency, whose toll forms the basis of national statistics, the INPS said.

That meant there were 18,971 more deaths than normal during this period, with the vast majority of 18,412 recorded in the coronavirus-ravaged north of the country.

"Given the fact that the number of deaths is quite stable in these times, we can -- with necessary caution -- attribute a large portion of these deaths during these past two months to the epidemic," the INPS said.

It added that the increase in deaths was likely not only due to the disease, but from people suffering from other illnesses unable to get healthcare due to hospitals being overwhelmed by the coronavirus pandemic.

As of Friday, the pandemic has claimed 32,486 deaths in Italy, of which 26,715 have been in Lombardy alone -- Europe's worst affected region.