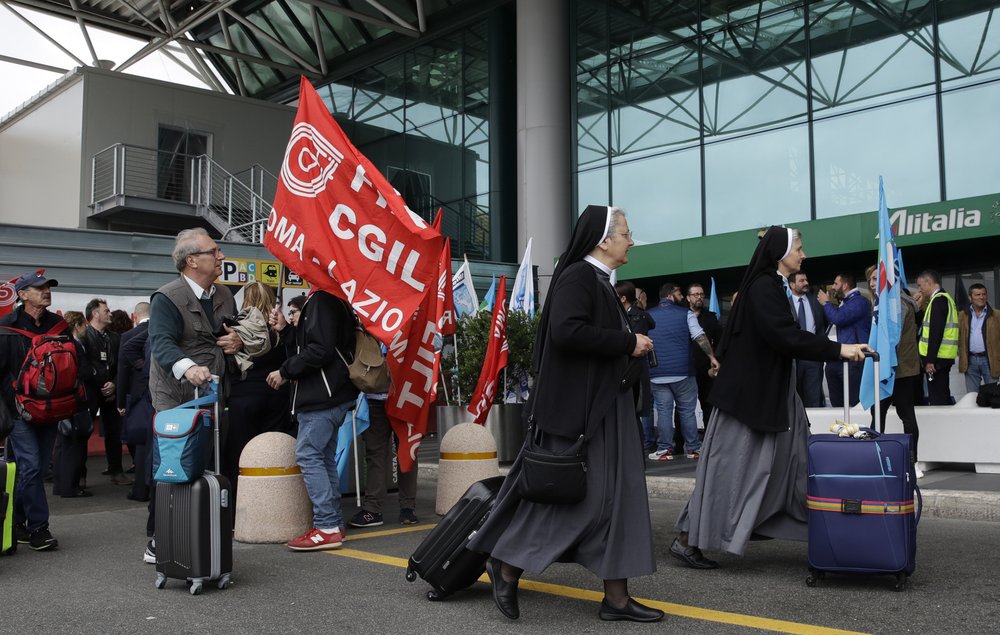 Nuns and other passengers pass in front of striking Alitalia workers with unions flags and banners, at the Fiumicino airport in Rome Tuesday, May 21, 2019. Alitalia workers are on a 24 hours strike since Monday night.(Photo: AP)

ROME, May 22 (Xinhua) -- Italian flagship air carrier Alitalia said on Friday that it would restart operations starting June 3, when Italy reopens its borders to unrestricted travel from most parts of Europe.

According to the company, the social distancing of 1 meter means flights using Airbus aircraft will fly at 33 percent of full capacity while those on Boeing aircraft will fly at up to 50 percent of capacity. It will also schedule more time between flights in order to disinfect each aircraft before boarding of passengers for the next flight.

Alitalia said it would fly 30 routes from 25 airports, with the longest being the route between Rome and New York.

Italy will formally lift travel restrictions between it and other European countries in the Schengen area on June 3.

Alitalia is in the midst of a major relaunch under state control. The Italian government announced last month it would take over the struggling carrier after it failed to attract a buyer.