Four EU countries dubbing themselves the "frugal four" presented their own proposal Saturday for post-coronavirus economic recovery, restating their rejection of any jointly-issued debt instruments. 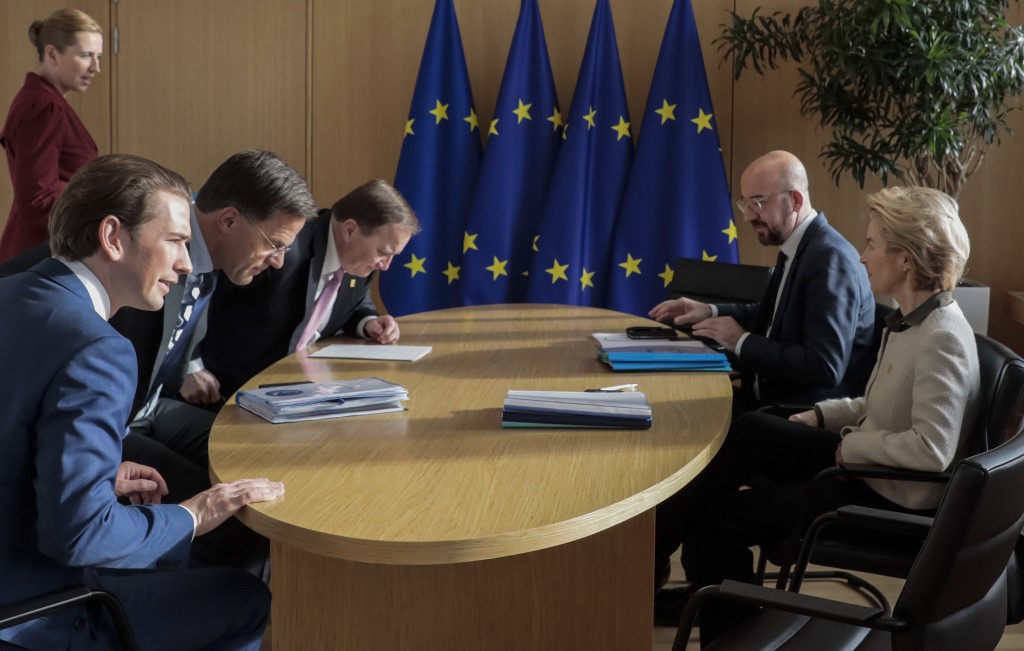 The group, comprising Austria, the Netherlands, Denmark and Sweden, wants emergency help for badly affected countries to take the form of one-off loans which must be agreed within two years, according to a proposal published by the office of Austrian Chancellor Sebastian Kurz.

In addition, the money lent must be "directed towards activities that contribute most to the recovery such as research and innovation, enhanced resilience in the health sector and ensuring a green transition," the proposal says.

The fact that Germany signed up to a plan involving jointly-issued debt was seen as a historic turning point for the European Union.

But the so-called "frugal four" continue to insist there must be no "mutualisation of debt" -- a process they believe would let the less disciplined and weaker EU economies get an undue benefit of cheaper funding on the back of their stronger northern peers.

The proposal published Saturday says that support for economic recovery should be accompanied by "a strong commitment to reforms and the fiscal framework" -- a key obligation for recipient states.

The four countries also say it will be necessary to "protect spending from fraud" by closely involving European prosecutors and anti-corruption officials.

The proposal  rejects the prospect of any "significant increases" to the EU's budget, as envisaged by the Macron-Merkel plan to fund the recovery programme.