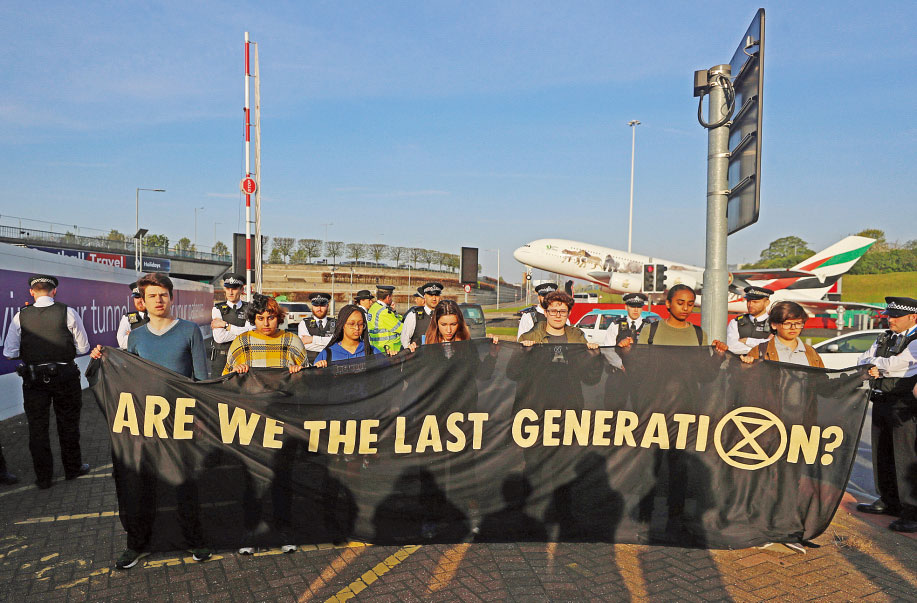 Last week's Court of Appeal ruling that halted a planned expansion of Heathrow Airport on environmental grounds could put the brakes on a 28.8 billion pound ($37 billion) overhaul of the United Kingdom's roads ,green campaigners claim.

The judges ruled Heathrow's plans to build a third runway were at odds with the nation's legally binding commitment to cut greenhouse gasses under 2016's Paris Agreement.

Becca Lush, a spokeswoman for the pressure group Transport Action Network, told the Guardian newspaper activists will launch legal action contending the government is not adequately assessing the environmental impact of road projects.

"The whole system desperately needs reviewing," she said. "The assessments were done in a pre-climate-crisis era. They don't take into account the UK's commitment to net zero emissions."

Existing guidelines used by the government to weigh the costs and benefits of proposed road projects were drawn up in April 2019 when Britain planned to cut emissions by 80 percent by 2050. It has since set itself the tougher target of cutting emissions to zero by 2050.

The group says plans to build new roads are at odds with this commitment.

Transport Action Network told the Independent newspaper: "This (road-building) program is not only putting our ability to meet net zero by 2050 at risk but it also threatens our unique historic and natural environment."

In delivering their Heathrow decision on Thursday, Court of Appeal judges said former transport secretary Chris Grayling should have based his earlier approval of the project on the government's latest climate change commitments.

However, the government says roads should be treated differently to runways because roads can be used by environmentally friendly electric or hydrogen vehicles.

A Department for Transport spokesperson told the BBC: "We take our commitment to carbon targets immensely seriously and have one of the world's most ambitious plans for reducing carbon emissions. We have developed our roads strategy alongside this."

But Dave Timms, head of politics at Friends of the Earth, said he believes the road projects must also be halted by the courts.

"The government should now signal an end, not just to airport expansion but also damaging road schemes," he said.

Stephen Joseph, a visiting professor at the University of Hertfordshire, told the BBC: "It's highly likely that the government will face further legal challenges if it goes ahead with road spending without having properly considered the implications for net-zero climate emissions."

Some local governments are already taking the central government's net-zero commitment into account. The Welsh government has scrapped a planned road around Newport on environmental grounds, while North Somerset council has stopped the proposed expansion of Bristol Airport.