HK's financial center status not to be shaken by proposed security law: experts 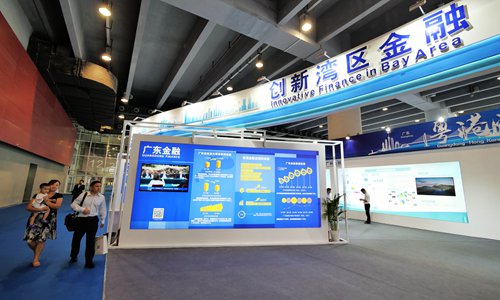 China's banking and insurance regulator has set up a special workgroup for the Guangdong-Hong Kong-Macao Greater Bay Area, which will promote such work plans as establishing international commercial banks in the area.

Hong Kong, which plays a leading role in the area's financial construction, will not see its financial center status shaken by proposed security law, experts said.

The China Banking and Insurance Regulatory Commission (CBIRC) has been in communication with the provincial government of South China's Guangdong Province to establish the feasibility, business positioning and shareholder qualifications of the proposed bank, domestic news site yicai.com reported on Saturday, citing a CBIRC official.

The 2020 work plan for the Greater Bay Area as stipulated by the financial regulator includes support for the development of cross-border motor vehicle and medical insurance products from insurers in Guangdong, Hong Kong and Macao, support for qualified banking and insurance institutions in Hong Kong and Macao to set up operating institutions in the Greater Bay Area, and strengthened financial supervision cooperation for the three regions.

Liu Guohong, director of the Department of Finance and Modern Industries at the China Development Institute in Shenzhen, told the Global Times on Saturday that the funding resources for the commercial bank, which would be aimed at the international market with cross-border financial services, will mainly come from Hong Kong and Macao, and other cities in Guangdong would join the scheme to establish synergy in the Greater Bay Area.

The commercial bank will empower the revitalization of the real economy in the Pearl River Delta area, which has been hit hard by the COVID-19 pandemic due to shrinking overseas demand for export orders, said Mao Yanhua, a professor at the Institute of Guangdong, Hong Kong and Macao Development Studies at Sun Yat-sen University.

"It is time to give full play to the advantage of the Pearl Delta: abundant capital to boost the local economy and industries via the new bank, which will be an internationalized financial institution with a modern governance system," Mao told the Global Times on Saturday.

China's financial authorities last week also unveiled plans to set up a futures exchange in Guangzhou, capital of Guangdong to ramp up financial support for the Greater Bay Area.

The guideline is expected to help further promote financial opening-up and innovation, deepen the mainland's financial cooperation with Hong Kong and Macao, enhance the role of the Greater Bay Area in supporting and leading the country's economic development and opening-up, and provide strong financial support to build a dynamic and internationally competitive first-class bay area and a world-class city cluster, China's central bank said.

The major position that Hong Kong has long held won't be shaken regardless of some external changes, experts said.

Concerns are mounting among international investors following some Western media reports that investors might retreat from the Asian financial hub. The news came after media reports said national legislators would review a draft decision on establishing and improving a legal system for the Hong Kong Special Administrative Region (SAR) that would safeguard national security.

"The draft decision is in the interests of the SAR, helping it solve its current social issues. Only under stable conditions could its industries, including the pillar financial industry, develop well for a long time," Liu said.

"The draft decision is to protect investor interests in the long run instead of causing harm," Liu noted, adding that "as long as measures are taken according to our own pace, taking into consideration the balance of short-term and long-term interests, those investors who choose to leave will someday return."