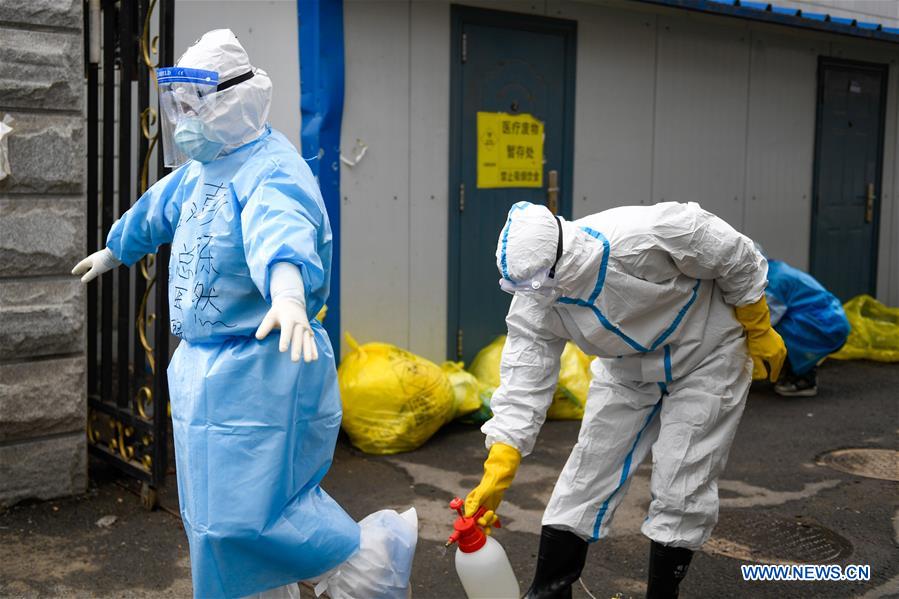 A medical worker disinfects another who comes to submit the COVID-19 samples for nucleic acid test at the center for disease control and prevention in Fengman District of Jilin City, northeast China's Jilin Province, May 17, 2020. (File photo: Xinhua)

Chinese health authority said on Sunday it received reports of three new confirmed COVID-19 cases on the Chinese mainland on Saturday, among which one was contracted in Jilin Province, and two were imported.

The Chinese mainland registered no deaths and three suspected case on Saturday.

According to the National Health Commission, three people were discharged from hospitals after recovery, while the number of severe cases reduced one to eight.

As of Saturday, the mainland had reported a total of 1,713 imported cases. Of the cases, 1,673 had been discharged from hospitals after recovery and one was in severe condition, said the commission.