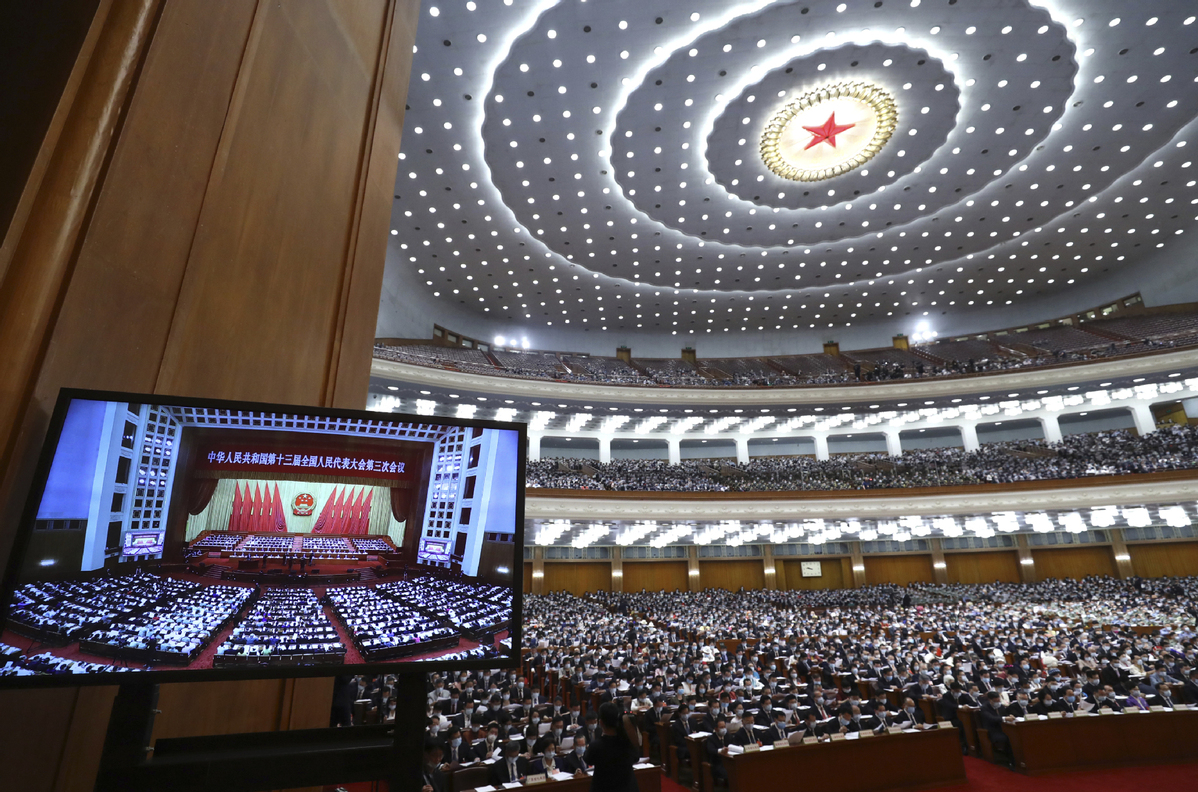 The third session of the 13th National People's Congress (NPC) opens at the Great Hall of the People in Beijing, capital of China, May 22, 2020. (Photo: Xinhua)

The "two sessions" are the country's annual political sessions of the National People's Congress and the National Committee of the Chinese People's Political Consultative Conference, which has been postponed until this week because of the COVID-19 epidemic.

The survey, covering 1,984 respondents aged between 18 and 35, showed that 62.5 percent of the respondents expect more discussions concerning improving the living standards of low-income groups at the "two sessions."

In the midst of the epidemic, 52.1 percent of the surveyed are following bills and proposals for securing anti-epidemic supplies, while 54.9 percent are expecting measures to guarantee salaries and wages during the epidemic.

The youth are also interested in issues including child care support and elderly nursing, as well as policies to encourage families to have a second child, according to the report.