TECH Baidu chief calls for greater use of AI, 5G in more sectors

Baidu chief calls for greater use of AI, 5G in more sectors 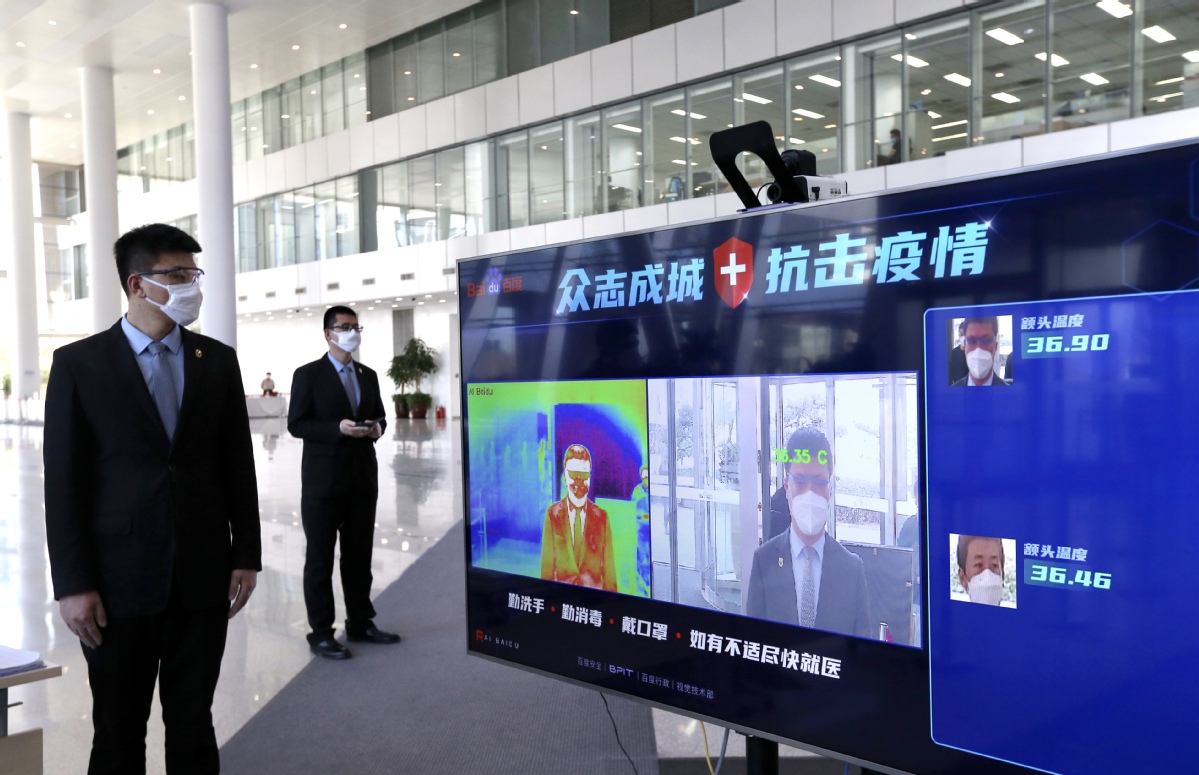 A temperature sensing device developed by Baidu is in use at an office building in Beijing. [Photo: China Daily]

Li, who is a member of the 13th National Committee of the Chinese People's Political Consultative Conference, said more efforts should be made to cultivate AI talent along with steps to promote the application of autonomous and controllable open-source deep learning platforms in various industries.

More efforts are also needed to explore urban intelligent transport and propel the upgrading of vehicle-road coordination technology, which is used to increase the interaction between smart road infrastructure and self-driving cars, Li said.

The country will step up the construction of new types of infrastructure, develop next-generation information networks and expand 5G applications, according to the 2020 Government Work Report.

Baidu was chosen to lead the establishment of the country's AI national laboratory on deep learning in 2017. Self-driving technologies are important for the national research project.

The Beijing-based tech heavyweight has also ramped up its efforts to promote the commercialization of self-driving technology and fully opened its autonomous taxi service Apollo Robotaxi in Changsha, Hunan province.

Xiang Ligang, director-general of the Information Consumption Alliance, a telecom industry association, said the spending on new infrastructure that covers a number of key fields including transportation, energy and telecommunications will help hedge against the negative effect of the COVID-19 outbreak and inject new impetus into the economy amid mounting downside pressure.