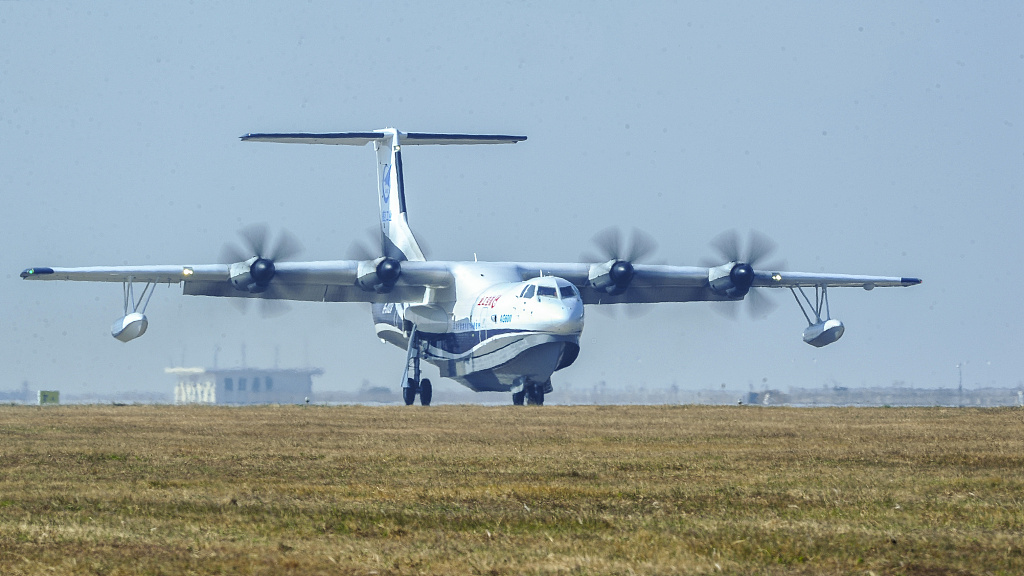 China's independently-developed large amphibious aircraft AG600, codenamed Kunlong, will carry out a maiden test flight at sea in the coastal city of Qingdao, east China's Shandong Province, in the second half of this year, according to its developer the Aviation Industry Corporation of China (AVIC) on Saturday.

The aircraft, designed to be the world's largest of its kind, completed its maiden flight over land in December 2017 and the first water takeoff the next October.

It has started preparation flights for the coming maritime flight and completed a total of 172 flights lasting for 308 hours, verifying the transfer routes, test airspace, land airports, and maritime takeoff and landing areas.

The daily maintenance and emergency support preparation work, including maritime navigation, port dispatch, maritime rescue, medical rescue, order maintenance, have been carried out in an orderly manner, with the support of the Qingdao Municipal Government.

Featuring long-range voyage and long endurance, the AG600 aircraft is the first of its kind developed by China to meet the country's demand for forest fire fighting and water rescue.

It is able to draw up to 12 tons of water at a time and operate back and forth between the water source and the fire site for many times. It can also conduct water rescue operations under complex meteorological conditions and is capable of rescuing 50 people in distress at one time.

AG600 is a piece of major aviation equipment for China's construction of an emergency rescue system.