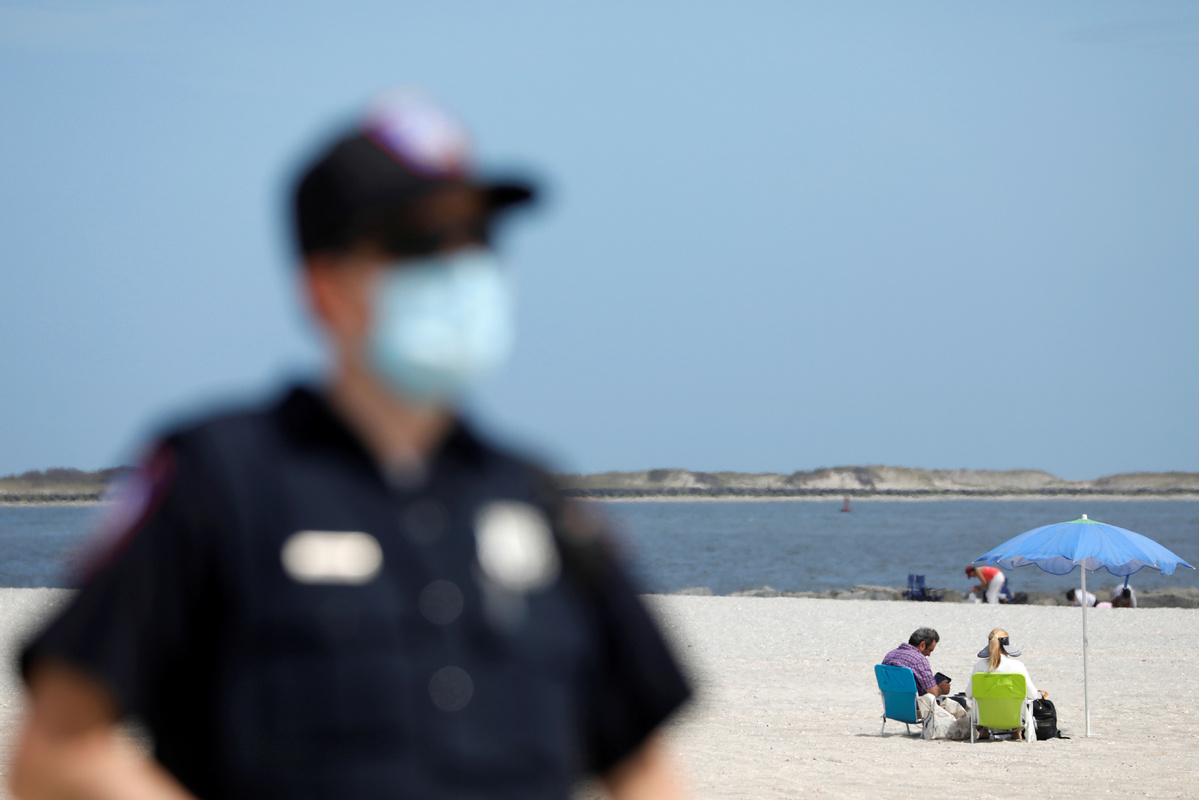 People sit under an umbrella as a Town of Hempstead Public Safety Officer monitors beachgoers on the first day that New York beaches were opened ahead of the Memorial Day weekend following the outbreak of the coronavirus disease (COVID-19) at the Town Park at Point Lookout beach on Long Island, New York, US, May 22, 2020. (Photo: Agencies)

NEW YORK - The US state of New York now allows gatherings of up to 10 people for non-essential purposes, two months after a statewide order banned such gatherings of any size to curb spread of the COVID-19 pandemic.

Governor Andrew Cuomo issued an executive order late on Friday to loosen the restrictions, stressing that people have to follow social distancing protocols and cleaning and disinfection protocols required by the state's Department of Health.

Earlier this week, the governor permitted gatherings of such scale during the Memorial Day weekend for memorial ceremonies. Religious gatherings of the same scale have also been allowed since Thursday.

Cuomo said on Saturday that Long Island and Mid-Hudson could reopen next week, leaving New York City the only region in the state that will remain in the "PAUSE" order for a while.

New York City has not yet met two of the seven metrics the state-designed for reopening, which are the numbers of hospital beds and ICU beds available. But Cuomo said he expected the city to reopen in early June.

On Friday, New York City unveiled three key metrics set by itself to track the progress toward reopening, which are daily new hospital admissions, the current number of ICU patients and the percentage of people testing positive, each with a single indicator threshold.

The daily death toll in New York State fell to 84, said Cuomo on Saturday, the first time that figure has dropped below 100 since the state went into a lockdown two months ago.