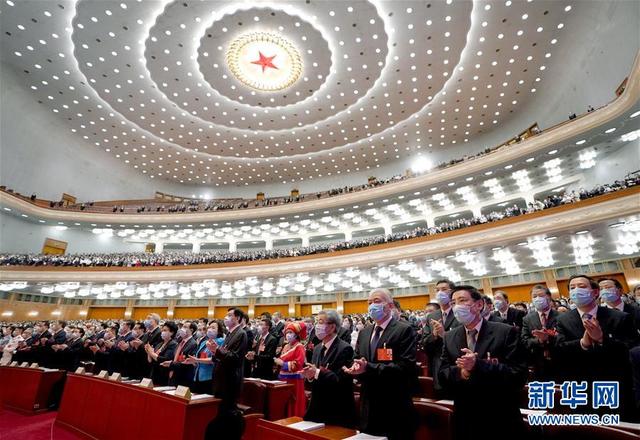 Xi Jinping and other Chinese leaders attended the meeting at the Great Hall of the People in Beijing.