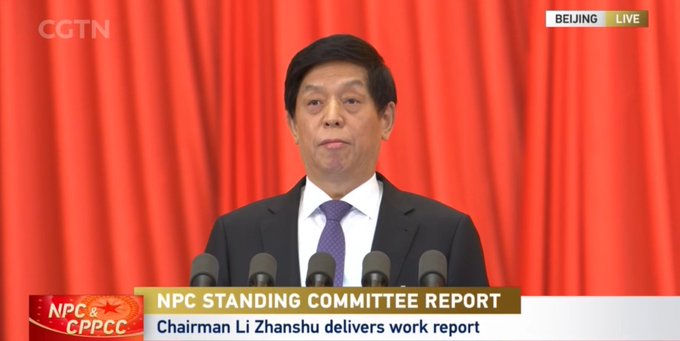 Li, chairman of the National People's Congress (NPC) Standing Committee, made the remarks when delivering a report on the work of the committee to the third session of the 13th NPC for deliberation.

A draft decision on establishing and improving the legal system and enforcement mechanisms for the HKSAR to safeguard national security is under deliberation at the session.

The legislation represents a major move taken under new circumstances for upholding and improving the system of institutions of "one country, two systems," for maintaining law-based governance of Hong Kong, and for safeguarding the special administrative region's constitutional order as defined in the Constitution and the Basic Law, according to the report.

It serves the fundamental interests of all Chinese including Hong Kong compatriots, according to the report.

"I am confident that through the joint efforts of all deputies, we will be able to complete this important legislative task so as to provide a stronger legal guarantee for safeguarding our nation's sovereignty, security, and development interests as well as ensuring Hong Kong's long-term prosperity and stability," said Li in the report.