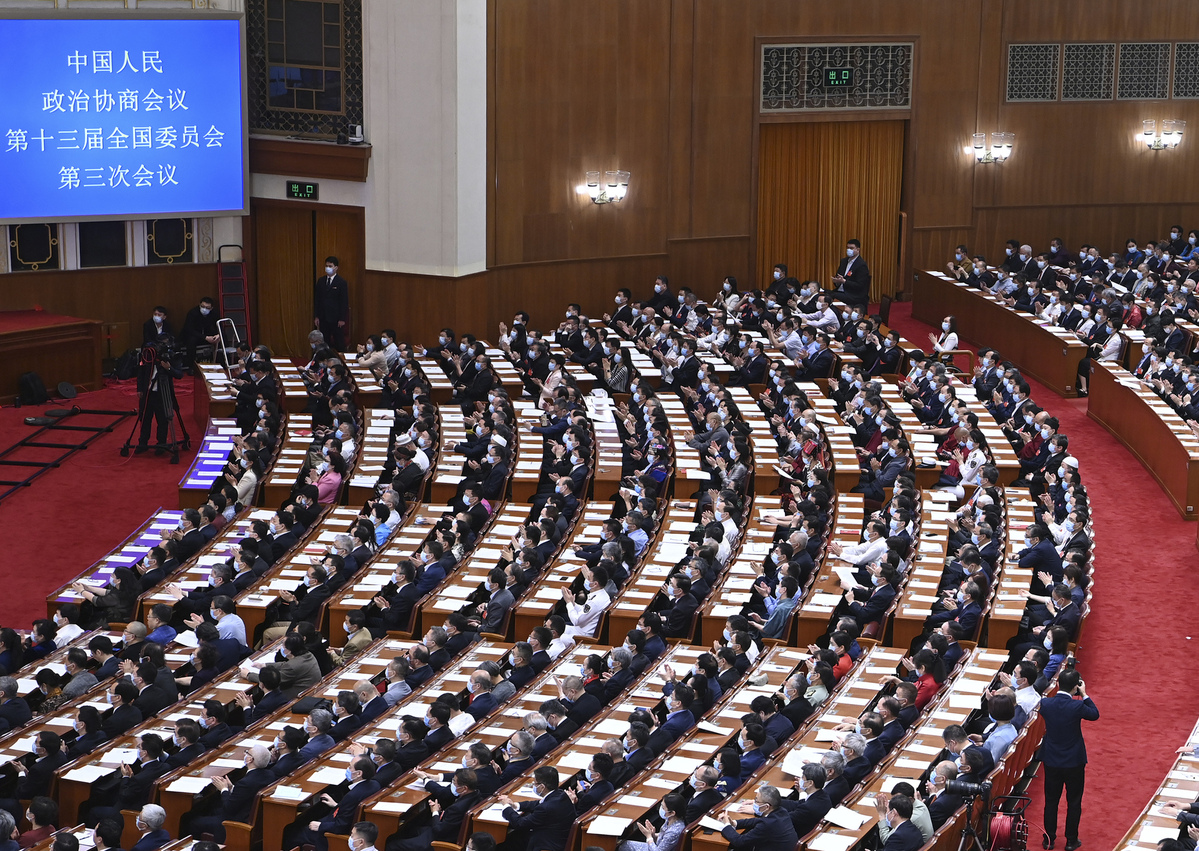 Wang Yang, member of the Standing Committee of the Political Bureau of the Communist Party of China (CPC) Central Committee and chairman of the Chinese People's Political Consultative Conference (CPPCC) National Committee, attended the meeting.

Twelve members of the CPPCC National Committee spoke at the meeting.

Nyima Tashi said by the end of 2019, the 628,000 poverty-stricken people in Tibet autonomous region had all shaken off poverty, hailing that Tibet is marching toward a moderately prosperous society in all respects along with the rest of the country.

Yang Weimin said that the COVID-19 epidemic has caused lots of changes, but has never changed the basic trend of Chinese economy with a sound momentum in the long term.

Huang Li called for implementation of policies aiming to benefit enterprises as private firms are facing unprecedented difficulties and pressure.

Noting that the global pandemic is far from over, Margaret Chan Fung Fu-chun said the international community should, under the direction and coordination of the World Health Organization, further enhance cooperation.

Tu Haiming called for efforts to strengthen the confidence in the policy of "one country, two systems" and never allow Hong Kong to become a risk to national security.

Qi Jianguo said that obeying the Party's command is the eternal soul of the people's armed forces.