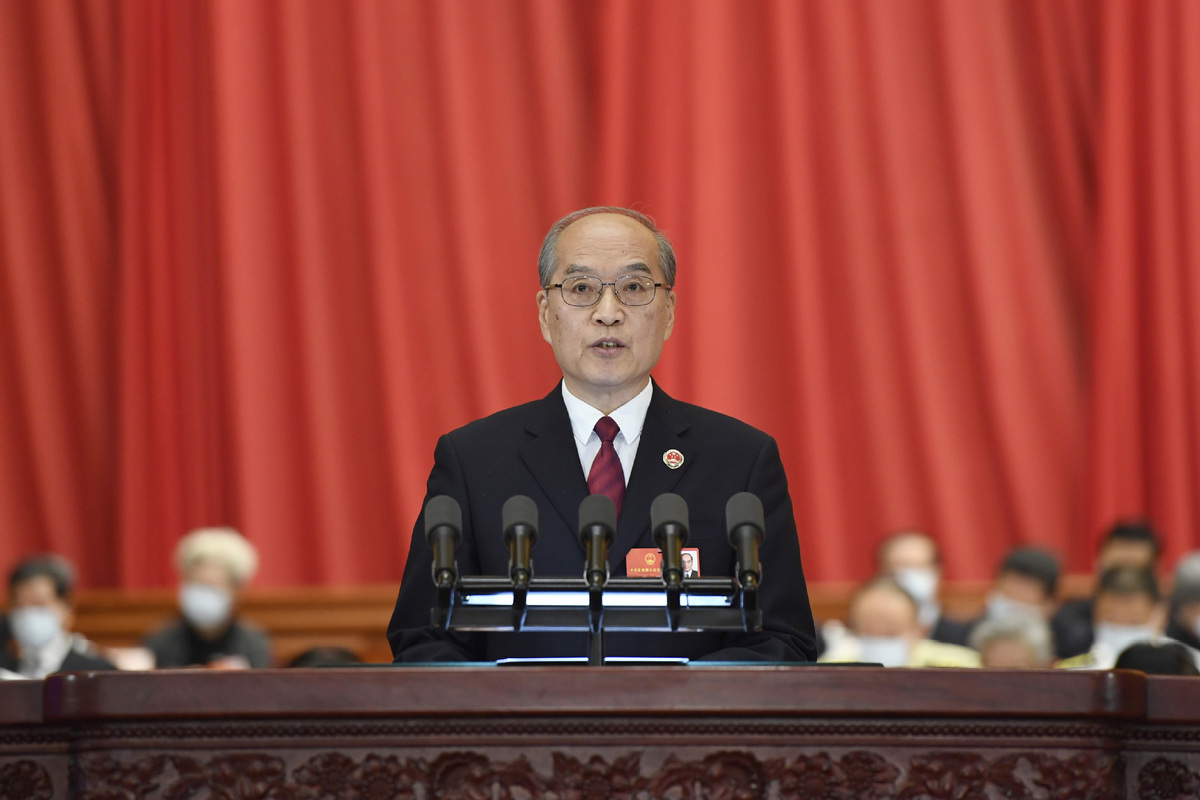 Zhang Jun, the prosecutor-general of the Supreme People's Procuratorate, delivers a work report to the third session of the 13th National People's Congress, May 25, 2020. (Photo: Xinhua)

The number of people prosecuted for severe violent crimes in China has dropped by an average annual rate of 4.8 percent over the past two decades, a work report of the Supreme People's Procuratorate showed Monday.

The figure plummeted from 162,000 in 1999 to 60,000 in 2019, according to the report submitted to the ongoing national legislative session for deliberation.

The decline reflects the constantly improved public security in China, the report said.

Severe violent crimes include intentional homicide, rape, arson and others.