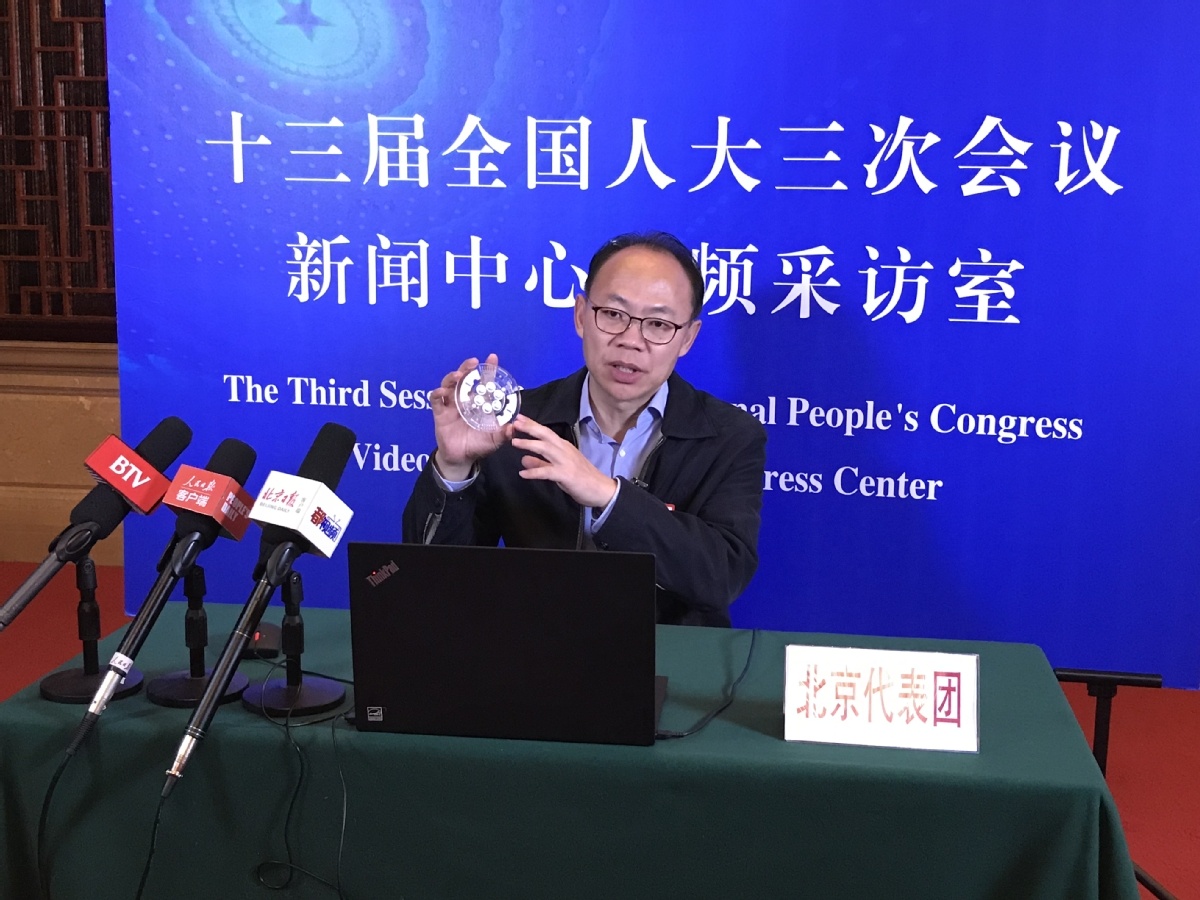 Cheng Jing, a deputy to the National People's Congress, also an academician of Chinese Academy of Engineering, showed the enclosed transparent chip for nucleic acid tests to the media in a group interview. (Photo: chinadaily.com.cn)

A vehicle-mounted coronavirus detection lab that is expected to enter service in July will speed up testing and avoid possible infections from manual sampling, a deputy to the National People's Congress said in a recent media interview.

Cheng Jing, an academician of the Chinese Academy of Engineering, said his scientific research group developed a new chip that can test for common respiratory pathogens within 50 minutes. The chips can be used in vehicles, which is important for border ports and communities.

Part of the vehicle-mounted lab has been completed, with the rest to follow by the end of June, including a robot that can take samples using oral and nasal swabs. A modified car will be used to carry the lab, said Cheng, who is also president of CapitalBio Corp in Beijing.

The enclosed transparent chip is a lightweight disk with a diameter of less than 10 centimeters. It is China's first fully integrated rapid detection chip for coronavirus tests, Cheng said.

Once samples are put in, the chip is sealed off to complete the necessary biochemical reactions automatically. It poses no safety risks to people, Cheng said.

Earlier this month, Beijing expanded its coronavirus testing capacity to around 48,000 samples per day, with 116 sampling venues set up near medical institutions, isolation sites and hotels, local authorities said.