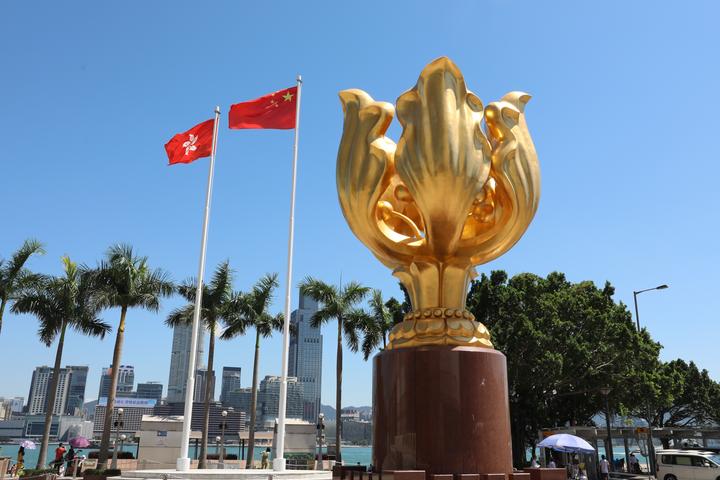 "Even the provisions of the International Covenant on Civil and Political Rights stipulate that international covenants on rights and freedoms cannot undermine national security," the spokesman added.

Much of the criticism and commentary from the foreign politicians and pundits is "no more than alarmist speculation and innuendo that completely ignore the constitutional reality that Hong Kong is an inalienable part of China," the spokesman pointed out, stressing that Hong Kong "cannot and must never become a base for subversive activities or organizations seeking to destabilize our country."

The spokesman noted that the proposed legislation will only target acts of secession, subversion, terrorist activities as well as activities interfering with HKSAR's internal affairs by foreign or external forces. "The vast majority of law-abiding Hong Kong residents, including overseas investors, have nothing to fear."

Noting that violent protesters have returned to the streets of Hong Kong in recent days to wreak havoc yet again, the spokesman pointed out that these protests have had a massive impact on the economy and social stability in Hong Kong and cannot be allowed to continue.

"No country would or could turn a blind eye to a resurgence of the violence and anarchy that has plagued our society for almost a year," the spokesman said.

"Sadly, and perhaps tellingly, those who claim to be acting in Hong Kong's best interests turn a blind eye to the explosives, petrol bombs, firearms, weapons, attacks on bystanders, wanton vandalism, online trolling and disinformation campaigns used by radical protesters and their hidden handlers to stoke fear and chaos and destabilize society," the spokesman said. "By doing so, their truly deceitful intentions are exposed."

The decision by the National People's Congress, the highest organ of state power, to enact the national security law will establish and improve the legal framework and enforcement mechanisms for the HKSAR to safeguard national security, the spokesman said. "It will be a boon as it will make Hong Kong a safe city."

The spokesman emphasized that the legitimate rights and freedoms enjoyed by Hong Kong residents under the law and independent judicial power, including that of final adjudication, will not be affected. Hong Kong's high degree of autonomy and the cardinal principle of "Hong Kong people administering Hong Kong" as enshrined in the Basic Law will remain intact.

"Hong Kong will remain a free, cosmopolitan, open and welcoming city under the rule of law," the spokesman said. "The long-term stability and prosperity of this vibrant international metropolis under the unique and well-tried 'one country, two systems' will be further assured."