CHINA Livestreaming out of poverty: How the internet is helping China's poorest

Livestreaming out of poverty: How the internet is helping China's poorest 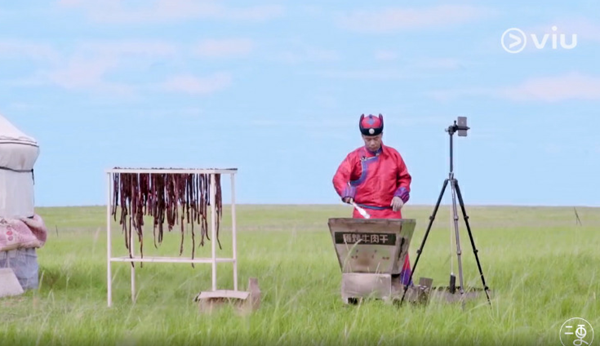 Infrastructure has long been a cornerstone of China's efforts to alleviate poverty. The construction of highways, bridges and rail tracks have been a key way of providing important logistical services that have helped boost tourism and trade opportunities in some of China's poorest areas.

In recent years, "new infrastructure" such as 4G (China is now advancing 5G) networks, artificial intelligence and data centres have been elevated to a similarly significant position, with the government instructing local officials to construct numerous signal towers and lay miles of fibreoptic cable in an effort to ensure 99 percent of rural areas have internet access by 2020.

Having a strong internet connection may not automatically be poverty alleviation, but for rural farmers in these poor areas, wider internet connectivity is providing unexpected and profitable opportunities.

In Inner Mongolia Autonomous Region, one of China's poorest regions, many farmers can be seen tending their livestock with a stick in one hand and their phone in the other as they look to take advantage of a growing Chinese past time—livestreaming.

Today, over 700 million of the population in China enjoy watching live-streaming blogs or short videos on apps like Tik-Tok, with a rising number tuning in to watch people living rustic and culturally rich lives from China's lower-tier towns and cities. Rising internet coverage has enabled farmers to capitalize on this popularity and livestream their strikingly different life styles while at the same selling their agricultural products in a practise known as "daihuo" or "sneaking goods".

Kuaishou—known internationally as Kwai—is one short video app offering such an opportunity to farmers and city-dwellers alike.

With over 200 million daily users, the app is famous for its entertaining depictions of rural domesticity twined with local treats, and has helped sheep farmer Wu Taiping go from full time herder to social media star and out of poverty.

Over the past two-years Wu has been sharing his rich Mongolian culture and delicious beef-jerky with fans on Kuaishou but before finding internet fame, life was increasingly hard for him and his family.

"We were relatively poor", Wu said of his time before livestreaming. "I never wore new clothes when I was a child. My mother mended a broken knee and sewed a broken shoe."

After working as a shepherd in his local village, Wu scrapped together enough money from friends and family to open a dried beef store aimed at tourists in Ulagai, a lush area known for its beautiful green grasslands. It was a risk, but given a Chinese movie had recently been filmed on the grasslands and that it was already a popular tourist location, Wu was optimistic it would be a success.

Unfortunately for him, it wasn't.

"I decided to open a physical store on July 18 by borrowing money from my relatives and friends and sell my beef for a month. But in fact, there were no tourists and the grasslands had turned yellow … I couldn't sell my goods," Wu said.

Shaking off poverty with live streaming

With no income and debts stacking up, a fortuitous encounter with a friend convinced him to use Kuaishou to aid sales from his flagging store. Intrigued by the idea, Wu set about livestreaming, using Ulagai's beautiful scenery as a spectacular backdrop to his cured beef, although his first attempt didn't exactly go to plan.

"I didn't know how to communicate with them", Wu said, whose lack of standardized Mandarin skills was an issue. "This was the most difficult problem for me. I used to just take my cell phone to start broadcasting and I would just shout like a madman to introduce the products. No one could understand me but I felt that I knew what I was trying to do".

Sleepless nights followed as debt mounted upon more debt but Wu refused to be discouraged, reading dictionary's and listening to recordings of other bloggers and anchors every night to improve his skills. Sales of his beef were small at first with only a few kilograms sold per session but eventually, his popularity grew and more importantly, so did his sales.

Wu now has over two million followers who watch him sell a variety of Inner Mongolian delicacies surrounded by the beautiful Ulagai countryside. He has an 80 percent conversion rate and his shop now turns over millions of renminbi in revenue a year, of which 90 percent of orders come from customers on Kuaishou. His success has provided extra employment for the area and has even led him to helping others in their livestreaming efforts, so they themselves can climb out of poverty like he did.

"Now my days are far better than before because now I can buy the shoes I want; I can buy the clothes I like and I can eat the things I want to eat. Life is very good; I really like it now."