CHINA Xi: ‘I must join deliberations with the Hubei delegation’

Xi: ‘I must join deliberations with the Hubei delegation’

“I suggested I must join deliberations with the Hubei delegation,” President Xi Jinping said as he met lawmakers from Central China’s Hubei Province on Sunday afternoon at the third session of the 13th National People's Congress, the country's top legislature.

“You are representatives of the 60 million people in Hubei, and I need to come and meet you.” 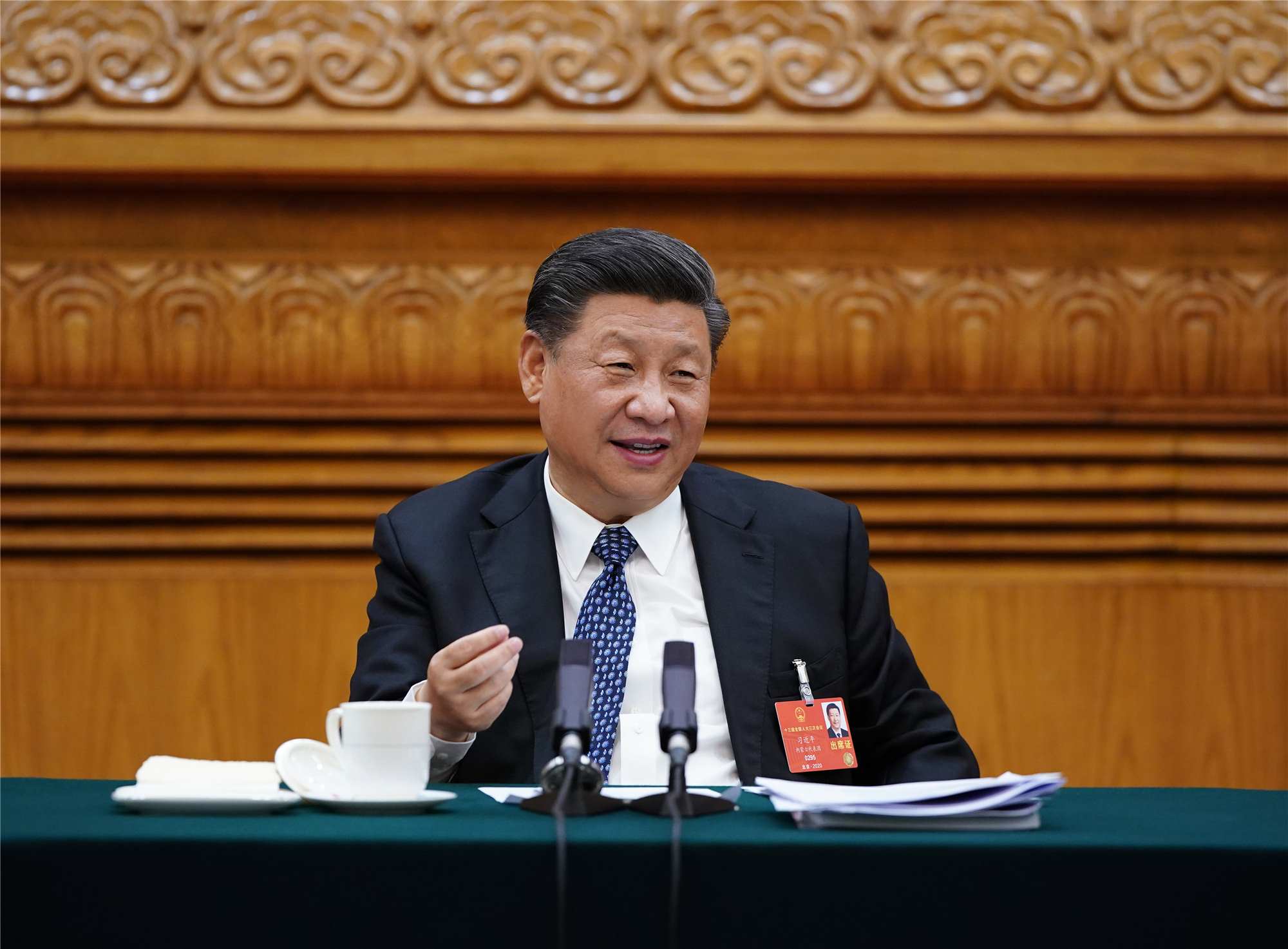 Chinese President Xi Jinping joins a deliberation with deputies from Hubei Province at the third session of the 13th NPC in Beijing, capital of China, May 24, 2020. (Photo: Xinhua/Li Xueren)

Wuhan and Hubei Province were the center of China’s fight against COVID-19.

After initial fear and anxiety, they emerged from a quarantine with the solidarity and support of the whole nation. The representatives of Hubei Province who weathered that storm had much to say.

President Xi called on other parts of the country to lend a helping hand to Hubei in its toughest times, said Deputy Ying Yong.

“Even the fresh fish we like to eat were provided by the government. Wuhan was not alone. Hubei was not alone,” Ying said.

Deputy Yu Cheng rose from her seat and bowed her thanks.

Yu quoted a Wuhan senior citizen as saying, “I have lived most of my life and experienced various kinds of disasters. It is inconceivable that the government could turn the situation around in such a short time.”

Yu said, “What we are sending to the local community is not only a fresh fish or a basket of eggs, but also the care from the Party’s Central Committee and the people of the whole country.”

Deputy Yan Zhi said, “The big and dynamic Wuhan has come back again!”

President Xi said he was “deeply moved” by the words of the deputies.

Xi himself flew to Wuhan in March during the crucial period of epidemic prevention and control, where he called Wuhan a heroic city that would be remembered in history.

On Sunday Xi stressed again that Wuhan was a heroic city and that the people of Hubei and Wuhan were heroic people, before extending his sincere greetings and heartfelt thanks to all in Hubei.

“The CPC Central Committee closely follows the epidemic prevention and control situation in Hubei on a daily basis,” Xi told deputies as he listed the latest COVID-19 data of Hubei.

“We cannot let down our guard now,” he said. Xi called for efforts to guard against imported infections and local rebounds in the province to ensure the hard-earned achievements in fighting COVID-19 were not made in vain.

Xi noted that the urgent task Hubei faces now is to do a good job in epidemic prevention and control, as well as coordination in advancing economic and social development.

“The outbreak was not only a crisis, but also a major test, and a war,” Xi said. “I said at the very beginning that we were going to fight a war, and this was a people’s war.”

The measures taken and the lessons learned in Hubei will serve as examples for the prevention and control of the epidemic in the future, Xi said.