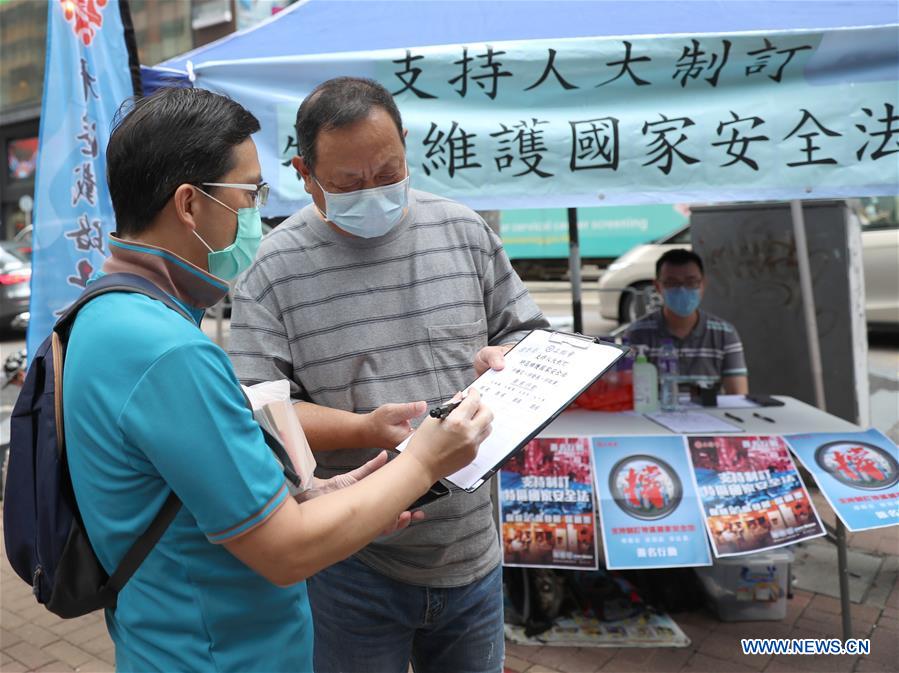 Their preposterous behaviors, predictable as always, fully exposed the political scheme of external forces in interfering in Hong Kong affairs, which are purely China's internal affairs.

Supported by such external forces, extremist organizations advocating the so-called "Hong Kong independence" and radical separatist forces have committed shocking violent crimes that are in the nature of terrorism since the disturbance following the now-withdrawn ordinance amendments in 2019.

No country would ever turn a blind eye to actions severely undermining its national security. For example, it is hard to imagine that the United States would allow any of its cities to remain unguarded in terms of national security or tolerate arbitrary interference by hostile foreign forces in its domestic affairs.

In fact, foreign countries like the United States and Britain have been equipped with the most sophisticated laws on national security.

There has been an unusual absence of applicable national security legislation in Hong Kong since its return to China, and some foreign politicians argued that Hong Kong should stay that way.

They chose to neglect the universal practice that enacting national security laws falls within a state's legislative power and distorted the draft decision with old rhetoric under the guise of democracy, freedom and human rights.

But the last thing they care about is the actual interests and well-being of Hong Kong residents, who have been suffering greatly from escalating violent terrorist activities.

To some Western politicians' logic, "democracy, freedom and human rights" of rioters deserve to have better protection than those of the general public.

What foreign anti-China politicians should really keep in mind is that Hong Kong is a local administrative region of China, and any interference in China's Hong Kong affairs is doomed to fail.