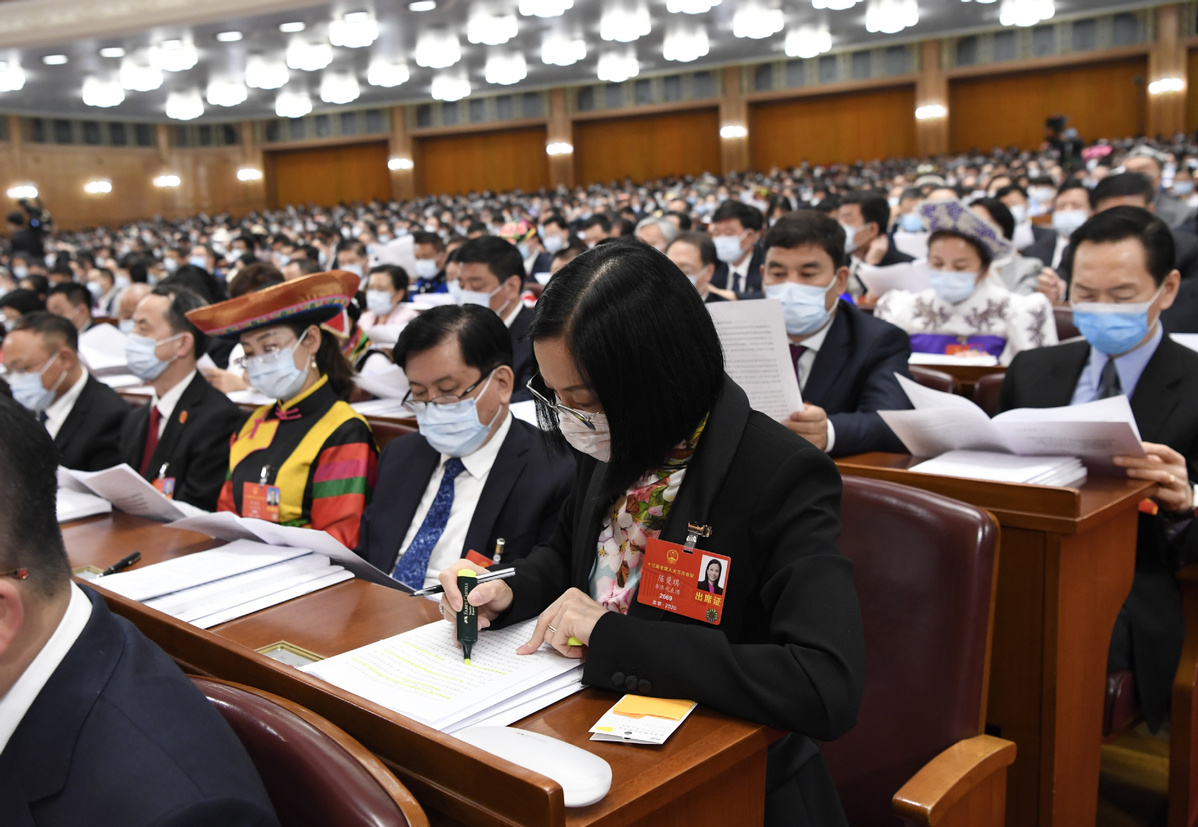 Deputies attend the third session of the 13th National People's Congress (NPC) opens at the Great Hall of the People in Beijing, May 22, 2020. (Photo: Xinhua)

Their voices can be directly heard by the central leadership, which will in turn help to adjust national policies to better benefit people.

Cui Jianmei, an NPC deputy, has called for the government to employ security guards in primary and secondary schools, so as to better protect pupils.

And Jia Zhangke, a member of the CPPCC National Committee, has advised that the elderly need more help so they can use smart devices, which are becoming increasingly indispensable in daily life.

The ultimate aim of modern governance should be to better serve the people and let people live better lives. The proposals put forward at the two sessions show China is striving to achieve that goal.

With the joint efforts of the legislators, political advisers and the government, much has been done to improve the quality of people's lives over the past year.

This year's Government Work Report listed some of them: The prices of many anti-cancer drugs have fallen, with 70 of them having fallen by 60 percent; pensions for retirees have risen by 5 percent; and more than 11 million people have been lifted out of poverty.

Some Western media outlets have misunderstandings about China's democracy.

They think that democracy has only one model, the Western model, which is full of quarrels among different members in the legislative body.

The proposals and moves of the NPC deputies and CPPCC National Committee members show that to be a false claim. Those who are elected by the people know best the interests of the people and will work together for better lives of all.