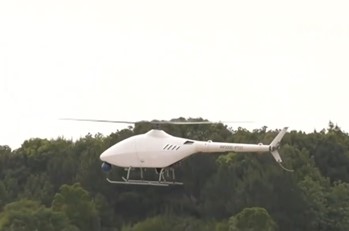 The AR500C unmanned helicopter, developed by the state-owned Aviation Industry Corporation of China (AVIC), on Wednesday successfully made its maiden flight at an AVIC base in Poyang, East China's Jiangxi Province, in which it conducted several maneuvers including hovering, horizontal and vertical moves, China Central Television (CCTV) reported on Saturday.

Its main missions include reconnaissance and communication relay, but when equipped with additional devices, it can also run electronic disruption, target indication, fire strike, cargo delivery and nuclear radiation and chemical contamination reconnaissance, according to an AVIC statement.

As China's first unmanned helicopter designed to fly in plateau areas, the AR500C can take off at an elevation of 5,000 meters and has a ceiling of 6,700 meters. It has an endurance of five hours, maximum speed of 170 kilometers an hour and a maximum takeoff weight of 500 kilograms.

Highly digitalized and intelligent, it can take off, land and hover automatically and is installed with a number of advanced flight programs for efficient and safe flights.

"We utilize advanced aerodynamic design for the rotors. Since the power of the engine will drop significantly on plateaus, we use China's most advanced engine," Fang Yonghong, technology director at AVIC's helicopter branch, said on CCTV, noting the unmanned helicopter can be easily controlled via a keyboard and a screen.

Compared to a traditional fixed-wing drone, a drone helicopter does not require a large airstrip with long runways, making it more flexible to deploy, Chinese air defense expert Fu Qianshao told the Global Times on Sunday.

The maiden flight of the AR500C marked a significant technological breakthrough in fields such as rotor and engine design, Fu said, noting the thin air on plateaus usually makes it difficult for aircraft to fly.

The test flight of the AR500C came at a time when China-India border tensions have been flaring up, as Chinese border defense troops have bolstered border control measures and made necessary moves in response to India's recent, illegal construction of defense facilities across the border into Chinese territory in the Galwan Valley region.

An unmanned helicopter like the AR500C can help in missions in the high elevation border areas if commissioned into the Chinese military in the future, as it can keep a watchful eye on the skies for extended periods and patrol locations that are difficult for infantry troops to reach on foot, analysts said.

AVIC is also developing other types of unmanned helicopters including the AV500 and its armed reconnaissance variant AV500W. Some of them can also reach plateaus, but cannot go as high as the AR500C.

The Chinese military operates the Z-8G, China's first large transport helicopter with a focus on plateau operations. It can take off from 4,500 meters above sea level and has a ceiling of more than 6,000 meters and lift troops and supplies to high-altitude areas.