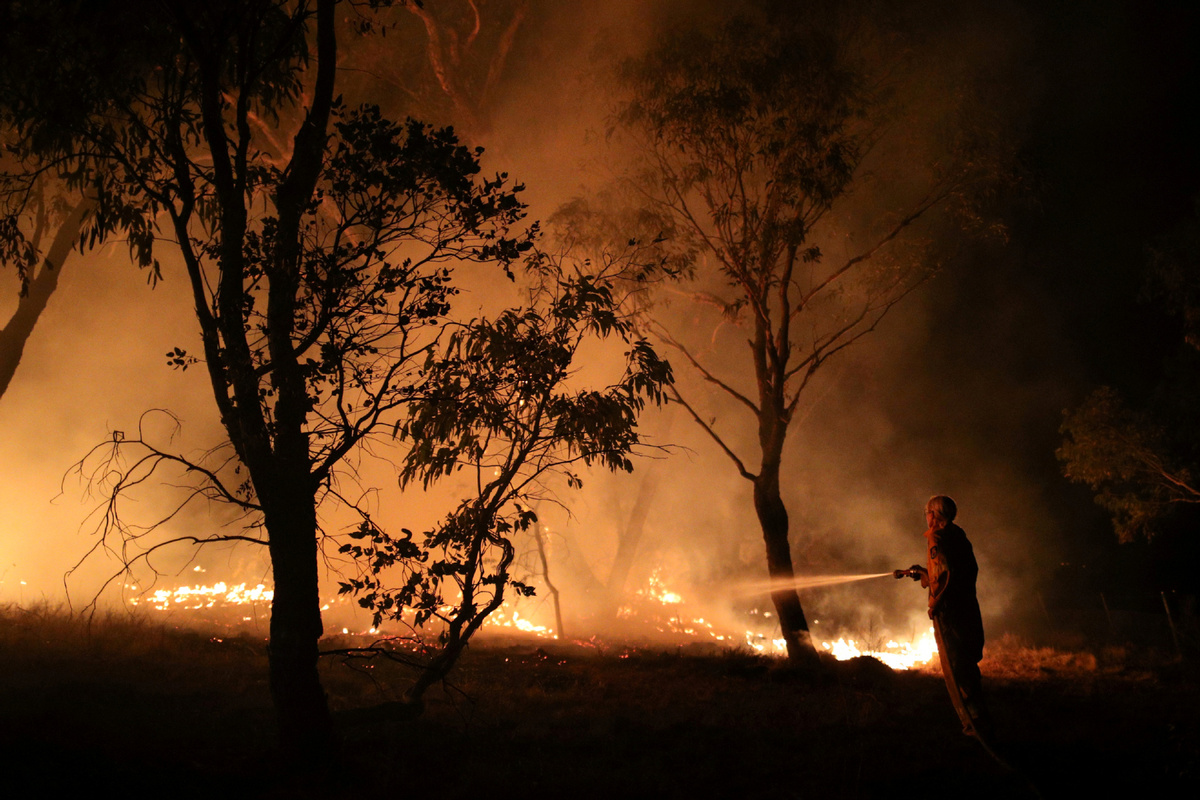 A firefighter from a local brigade works to extinguish flames after a bushfire burnt through the area in Bredbo, New South Wales, Australia, February 2, 2020. (Photo: Agencies)

Australia on Monday began the first hearings of a powerful inquiry into the causes of catastrophic bushfires that swept across the country, killing 33 people, destroying some 2,500 homes and razing an area the size of South Korea.

Fuelled by three years of drought, which experts have attributed to climate change, hundreds of fires, some massive in size, burned across Australia's east coast for months before finally being extinguished in February.

"The tragic loss of life, the destruction of homes, the significant loss of livestock and millions of hectares of forest has been devastating and continues to deeply affect people and their recovery," Mark Binskin, chair of the inquiry, said in an emailed statement .

Prime Minister Scott Morrison said the six-month Royal Commission will investigate preparedness for future bushfires and the need for any changes to the law to clarify who is responsible for overseeing emergency authorities.

A two-week hearing of the royal commission, sitting in Canberra but being conducted electronically, has started with a focus on the changing global climate and natural disaster risk.