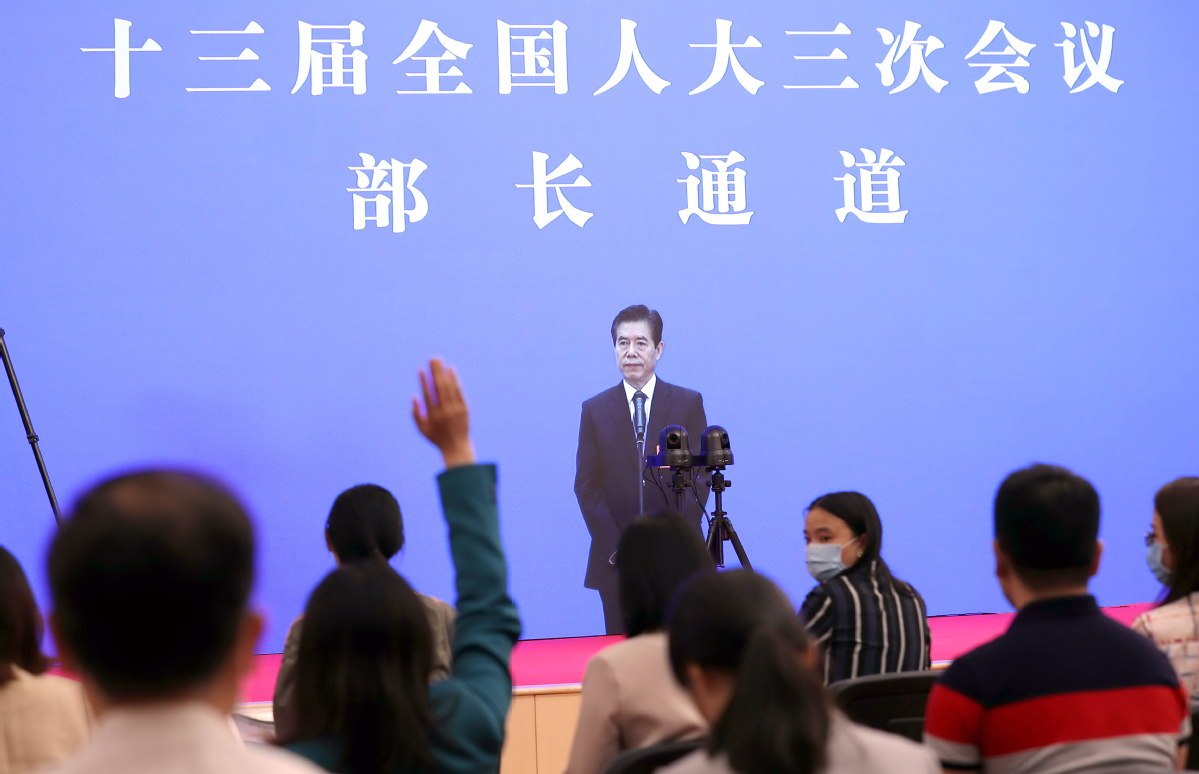 Zhong said China will better protect intellectual property rights and the legitimate rights and interests of overseas businesses, as well as make sure that they are willing to invest and develop in China.

With the improvement of China's business environment, economic growth and expanded market size, the minister said he believes that smart foreign businesses surely will not give up China's huge market.

To maintain solid economic fundamentals, the government has emphasized the importance of focusing on the "six priorities" of safeguarding employment, people's livelihoods, the development of market entities, food and energy security, the stable operation of industrial and supply chains and the smooth functioning of society.

Zhong reiterated that China will take major steps to stabilize and bolster foreign trade and help the country's over 400,000 export-oriented companies from private, State-owned, foreign-owned categories resolve problems amid the rising uncertainties and disruptions to the world economy and trade from the COVID-19 outbreak.

The government will provide policy support in areas such as taxation, financial insurance, industrial and supply chains to remove the pressure on exporters with operational difficulties, as well as stimulate fresh momentum to restore their earning strength, he said.

Mark Dorn, president for Asia-Pacific of Henkel Corp, the German chemical and consumer goods company, said as the pandemic is being contained, China has started placing increasing focus on ensuring stability in key areas such as employment, foreign trade, foreign investment and market expectations.

Policies such as the Foreign Investment Law, proposed at the two sessions last year and put into effect on Jan 1, showed the continuous opening-up of the Chinese market and created a healthier and more competitive business environment－with new opportunities for multinationals, he said.

Howard Ozawa, president and CEO of Canon China, said his company is looking forward to greater investment and development in research and development, production and sales in China, and has great expectation of China's economic recovery, as well as the continuous improvement of the nation's investment and business environment.

He said Canon has been paying close attention to the development of the Guangdong-Hong Kong-Macao Greater Bay Area, and has been actively deploying strategic business layout, as the Japanese firm hopes to further expand its presence in the region.

Growth of nonfinancial sector foreign direct investment on the Chinese mainland surged 11.8 percent year-on-year in April, compared with a decline of 14.1 percent in March, showing that global companies' confidence has continued to grow in the country despite the COVID-19 pandemic, according to data released by the Ministry of Commerce.

Total FDI inflows into China fell 6.1 percent on a yearly basis to 286.55 billion yuan ($40.34 billion) during the first four months of this year. The decline was 4.7 percentage points narrower than the level seen in the first quarter.