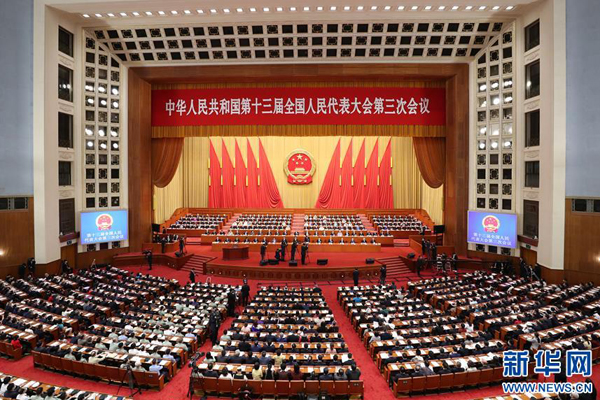 The move will protect the legitimate rights and interests of Chinese citizens as well as foreign investors, said Ma Yide, a deputy to the National People's Congress (NPC) and a law researcher at the Beijing Academy of Social Sciences.

It will also counteract malicious litigations raised in countries like the United States towards China over the COVID-19 response, Ma told reporters Tuesday on the sidelines of the annual NPC session.

He said the lack of such a law has emerged as a prominent issue in the current epidemic as some countries, led by the United States, tried to shift the blame for their own governments' incompetence on COVID-19 response.

Some groups and individuals even cited the Foreign Sovereign Immunities Act of the United States to bring litigations to the Chinese government and relevant departments, he added.

"This is a show of hegemony and power politics and a reminder of the necessity and urgency for China to formulate a foreign states immunities law," Ma said.

Over 35 lawmakers from the NPC Beijing delegation have endorsed the proposal, which has been accepted by the session and forwarded to special committees of the national legislature for study.