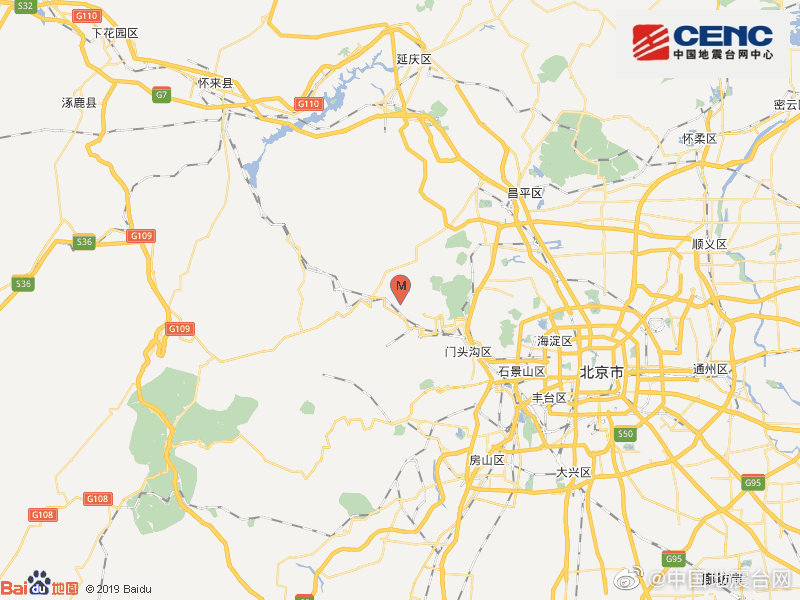 A magnitude-3.6 earthquake jolted Mentougou district in Beijing's western area early on Tuesday, according to the Beijing Earthquake Agency.

The agency said on its Weibo account that the quake, which occurred just after midnight, was a strike-slip type and it's not likely that new temblors of higher magnitude will occur in the same general area.

The agency sent a team to the site. No injuries or property damage have been reported.