OPINIONS No specific growth target, but the devil is in details

No specific growth target, but the devil is in details 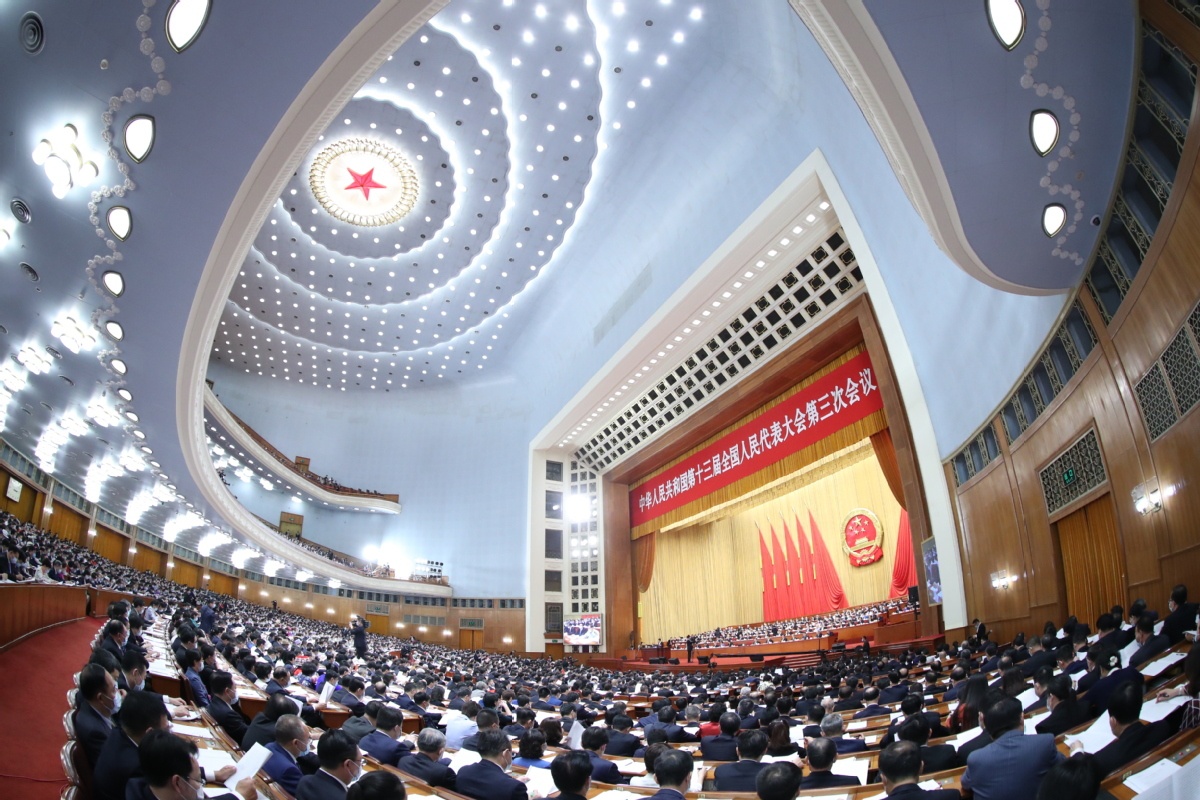 Deputies participate in the second plenary meeting of the third session of the 13th National People's Congress at the Great Hall of the People on May 25, 2020 in Beijing. (Photo: Xinhua)

According to the government's plan, 2020 is the last year in the country's battle against poverty and building of a moderately prosperous society in all respects. However, at the moment, China's development faces unprecedented risks and challenges that could be around for some time.

Therefore, the work report lays greater stress on stabilizing employment, ensuring the stability of economic fundamentals, and laying a solid foundation for building a moderately prosperous society in all respects.

Not mentioning a quantitative economic growth target does not mean the country is ignoring it. After all, ensuring employment and basic livelihood for all, alleviating poverty and building a moderately prosperous society all require economic growth.

Although the report set no specific target for economic growth, it has set specific goals, such as 9 million new urban jobs, maintaining the urban unemployment rate around 6 percent and CPI growth around 3.5 percent, and ensuring people's income grows at the same pace as economic growth.

To achieve all that, the country should adopt a proactive fiscal policy and increase its fiscal deficit ratio.

The report says this year's fiscal deficit ratio will be raised to above 3.6 percent, meaning fiscal spending will be 1 trillion yuan ($140 billion) more than last year. And the State will issue another 1 trillion yuan in anti-epidemic special bonds, all of which will be transferred to local governments for promoting employment, protecting people's livelihood, lowering fees and taxes for enterprises and expanding consumption.

Another 3.75 trillion yuan in special bonds will be issued by local governments, 1.6 trillion yuan more than last year, for supporting infrastructure construction and urbanization.

However, the 1 trillion yuan of anti-epidemic special bonds is lower than the market expectation of 3 trillion yuan. Which means China will no longer rely on fiscal and monetary policies to sustain economic growth. It will instead focus on improving the use of fiscal funds so as to avoid affecting financial stability and supply-side structural reform.

If the international situation continues to deteriorate in the second half of the year, it will create a certain space for China to maneuver its relatively restrained fiscal policy.

If the epidemic ends in developed countries and the global economic situation improves in the second half of 2020, China's relatively restrained policies can help avoid economic overheating.