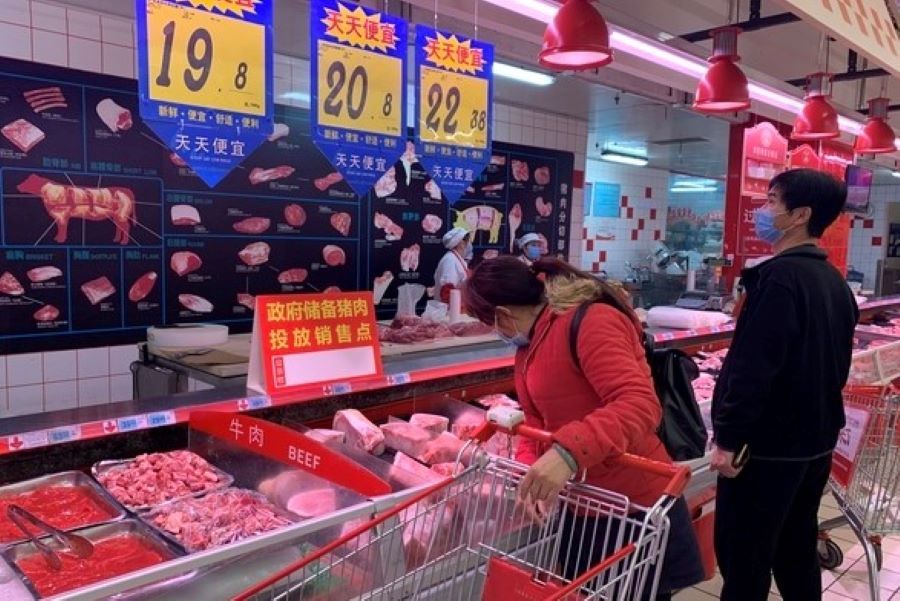 A pork booth in a supermarket in Nanchong, Sichuan province. (Photo: Sipa)

From May 18 to 22, the average pork price index in 16 provincial-level regions tracked by the Ministry of Agriculture and Rural Affairs came in at 36.04 yuan (about $5) per kg, down 0.8 percent week on week.

Pork production is expected to reach 48 million tons this year, 5 million tons more than last year's figure, according to a report by the Chinese Academy of Social Sciences.