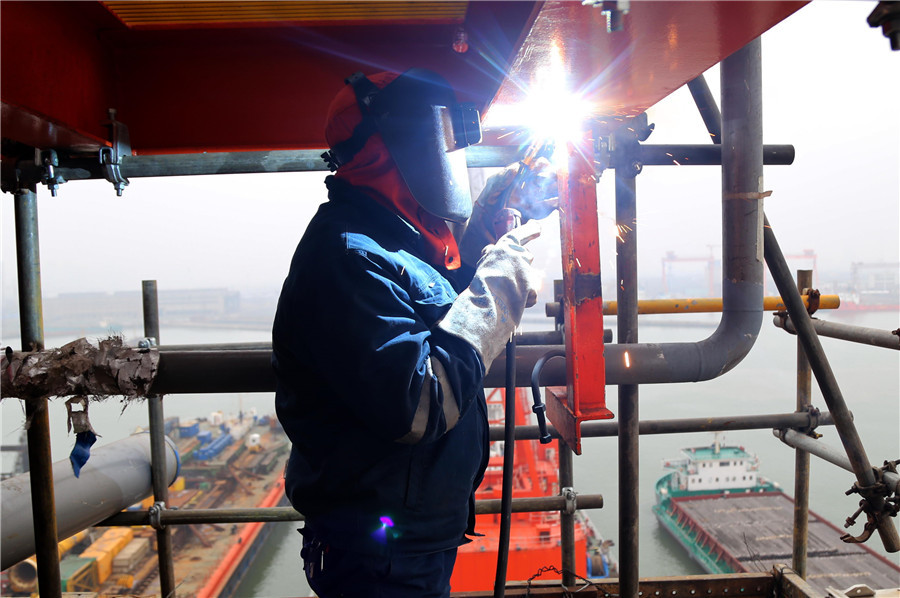 A CNOOC employee works on an offshore oil drilling platform in the Bohai Sea on Feb 20. (Photo: Jia Lei/China Daily)

The successful exploration of Kenli 6-1 demonstrates CNOOC's remarkable breakthroughs in the Laizhou exploration area and its significant role in ensuring oil production in the eastern part of the country, the company said in a statement.

Wang Dongjin, chairman of CNOOC Ltd, said the Kenli 6-1 oilfield is a major achievement in its oil and gas exploration in recent years. He said the company will continue its efforts in the upstream sector to forge major breakthroughs in other more complex and deep reserves to further ensure national energy security.

While oil majors across the globe are cutting their capital expenditure, and some are even filing for bankruptcy, Chinese companies are witnessing relatively smaller expenditure reductions in the upstream sector, while maintaining a steady pace in exploration and development, she said.

Figures from the General Administration of Customs show that China's crude oil imports exceeded 500 million tons in 2019, up 9.5 percent on a yearly basis. The country's foreign crude oil dependence rate was as high as 72.4 percent last year, it said.

Efforts have been made to explore the Kenli 6-1 oilfield for more than four decades. However, the oil reserves discovered in the past had been of small scale and scattered, the company said.

As many as 42 wells have been drilled in the oilfield in the past two years. According to the company, the Kenli 6-1 oilfield has large oil reserves of high quality and an oil-bearing area of more than 100 square kilometers, sufficient to provide fuel for one million vehicles for 20 years, it said.

The oilfield is accelerating its evaluation process so as to put it into operation soon, the company said.