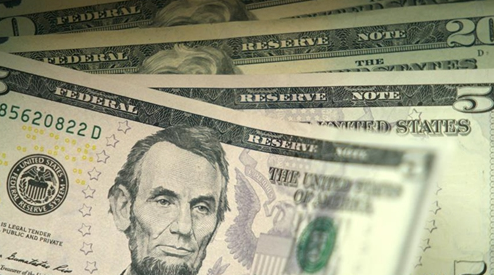 The Hong Kong dollar (HKD) has weakened relatively rapidly against the US dollar in recent days, reversing a strengthening trend in recent months.

Investors are concerned about potential volatility triggered by the Chinese mainland's proposal to introduce a new security law in Hong Kong, and the city's economic prospects amid the coronavirus epidemic, but such fluctuations should only be short-lived, financial experts told the Global Times.

The Hong Kong dollar edged down by 0.06 percent to 7.7544 on Thursday, while depreciating by another 0.03 percent on Friday against the greenback.

The currency had been appreciating since March.

Hong Kong adopted a linked exchange rate system in 1983 that ensures that the Hong Kong dollar exchange rate remains stable within a band of HK$7.75-7.85 per US dollar.

A spokesperson of the Hong Kong Monetary Authority (HKMA) told the Global Times previously that the Hong Kong dollar market is operating in an orderly manner and the HKMA will continue to monitor market developments and keep the exchange rate stable in accordance with the linked exchange rate system.

Zhou Yu, director of the Research Center of International Finance at the Shanghai Academy of Social Sciences, said that some investors were pessimistic about the prospects of the Hong Kong economy as a result of the coronavirus, which led to some short-selling of the currency.

The currency's depreciation might also have flared up after the Chinese mainland proposed to introduce a new security law in Hong Kong, which some investors worry may give rise to further financial and social instability in the city.

But Zhou predicted that the HKD's depreciation is unlikely to become a long-term trend.

"If the HKD depreciates further and on a very large scale, the Hong Kong government should intervene to buy the currency. It's unlikely that the currency's exchange rate will get out of hand, given the HK government's large US dollar reserves," Zhou told the Global Times.

Liu Mingdi, an analyst from UBS Securities, said that there will be more capital flowing into Hong Kong than flowing out in the future as Chinese companies listed overseas seek secondary listings in Hong Kong.

Zhou also said that as the US moves to restrict Chinese companies from listing on the US market, many Chinese tech companies will instead choose to list in Hong Kong, which will result in capital inflows into Hong Kong and an appreciation of the HKD.