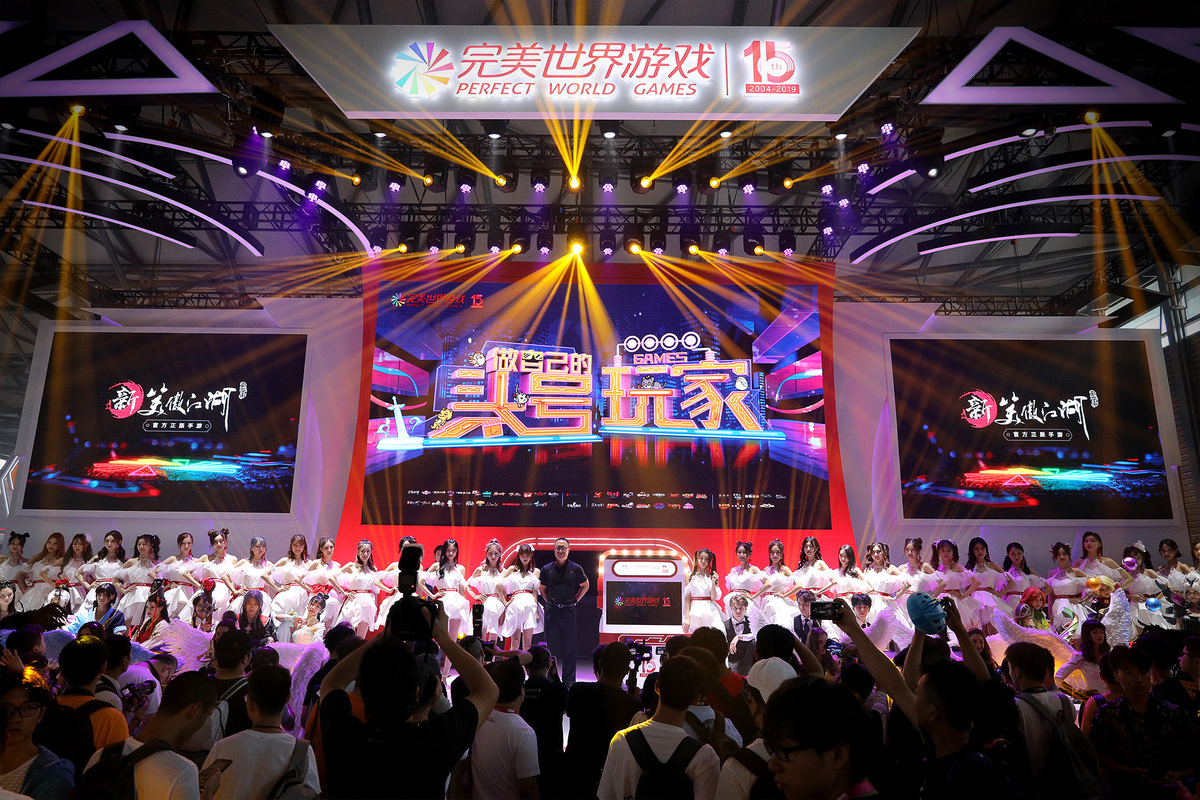 The online gaming sector witnessed huge opportunities amid the novel coronavirus outbreak, with 5G, artificial intelligence and virtual reality expected to grow as a new stimulus for the Chinese cultural entertainment industry, according to Robert H Xiao, CEO of Perfect World, in an interview with China Daily.

Although offline business, including movie theaters and schools, was stricken by the epidemic shutdown, Perfect World's gaming sector saw a surge in the past three months, with revenue hitting 2.11 billion yuan in the first quarter, up 47.69 percent year-on-year, and net profit registering an increase of 67.33 percent from the previous year.

The gaming industry in China also benefited from people's behavioral changes when they were forced to stay at home. According to a report by Gamma Data Corp, a Chinese gaming database, the total revenue of the Chinese mobile game market recorded nearly 55 billion yuan from January to February, rising over 49 percent compared to a year earlier.

"Whether it is online shopping, viewing different content, getting an education or remote communication, these are all of the people's behavioral changes. So (we have witnessed the) acceleration (of internet-oriented business), and the next phase of growth of the digital economy is coming because the coronavirus gave people a way to change their behavior," Xiao said.

At the same time, Xiao acknowledged the fierce competition in the Chinese online entertainment industry, with market scale continuing to expand, as a lot of newcomers and traditional giants are competing on the same battleground. "That brings us challenges that we have to do a better job than before to make sure Perfect World is ahead of the curve," Xiao stressed.

"Technology is the key in this industry," Xiao said, and it's also one of the core competences of Perfect World as well.

As artificial intelligence, virtual reality and 5G have gradually matured and been popularized, the cultural entertainment industry has been reshaped by the tech revolution.

"5G is expected to facilitate the integration of different gameplay patterns, and there won't be PC games, console games or mobile games anymore, while players could be able to connect to the cloud, allowing themselves to play games freely without downloading," said Xiao, who shared his views about the future trends in the entertainment industry in December 2019 at the Digital Entertainment Industry Annual Summit.

Early in 2017, Perfect World devoted itself to exploring cloud gaming, and in March this year, it announced it will cooperate with top 5G and VR enterprises in China to develop new games based on cutting-edge technology.

"5G will definitely bring profound changes to the cultural entertainment sector, and enterprises should take the initiative and embrace 5G comprehensively," Xiao said, emphasizing the necessity of applying 5G to game-making several times in the interview.

He believed the epidemic comes together with a reshuffle of the entire market, and enterprises should build up long-term strategic plans for the future, with an open mind to welcome revolutionary opportunities brought by new technologies.