US consumer confidence up slightly but remains near 6-year low 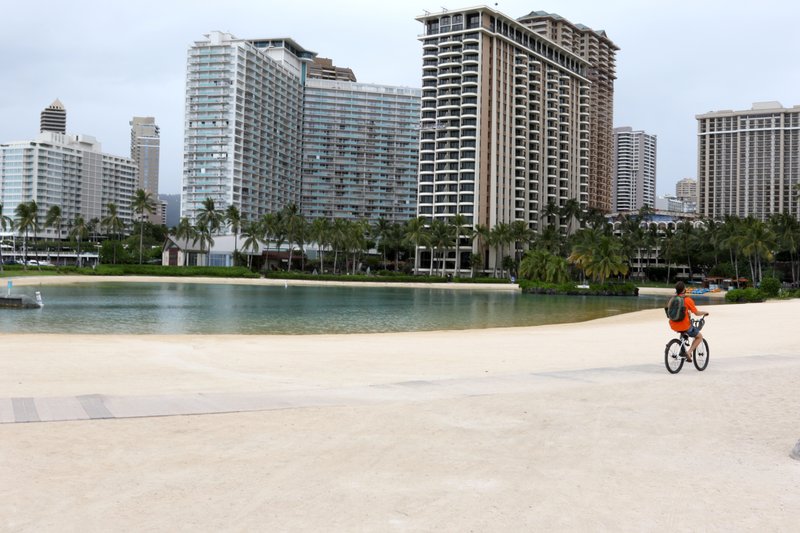 FILE - In this April 21, 2020, file photo, a man rides his bike on Waikiki Beach in Honolulu. The coronavirus pandemic has been particularly brutal to the tourism-dependent economies of Nevada and Hawaii, lifting the unemployment rate in both states to about one-quarter of the workforce. (Photo: AP)

U.S. consumer confidence inched up this month, showing signs of stabilizing, but remained near a six-year low in the face of the widespread business shutdowns that have sent the economy into recession.

The Conference Board said Tuesday that its confidence index ticked up to a reading of 86.6 in May from 85.7 in April. The index, which reflects consumers’ assessments of present conditions and expectations about the future, had plummeted in the previous two months. The index had reached 130.7 in February before tumbling about 12 points in March and by more than 20 in April.

The coronavirus pandemic has forced businesses across the country to close, stifling consumer spending, which drives about 70% of all economic activity in the the United States. Optimism about the economy in general has improved slightly as states have gradually lifted shelter-in-place orders and many categories of businesses have been allowed to reopen under certain restrictions.

“Following two months of rapid decline, the free-fall in confidence stopped in May,” said Lynn Franco, senior director of economic indicators at the Conference Board. ”Short-term expectations moderately increased as the gradual re-opening of the economy helped improve consumers’ spirits.”

The U.S. economy has been in a free-fall since mid-March, when fears of the rapidly spreading coronavirus took hold and businesses shut down across the country. The unemployment rate hit 14.7% in April, and nearly 39 million Americans have applied for jobless benefits in the past two months. The economy is thought to be contracting in the current April-June quarter at an annual rate of nearly 40%.

All of which raises the question of how much worse things could get.

“I think the biggest threat will come from another potential closing of the economy,” said Rubeela Farooqi, chief U.S. economist for High Frequency Economics. “I can see confidence levels plummet if we see another lengthy shutdown that results in more permanent job losses. I cannot be sure of the magnitude, but confidence could easily drop if job and income prospects deteriorate further.”