CHINA 60 years of stories for Chinese mountaineers of Mt. Qomolangma

60 years of stories for Chinese mountaineers of Mt. Qomolangma 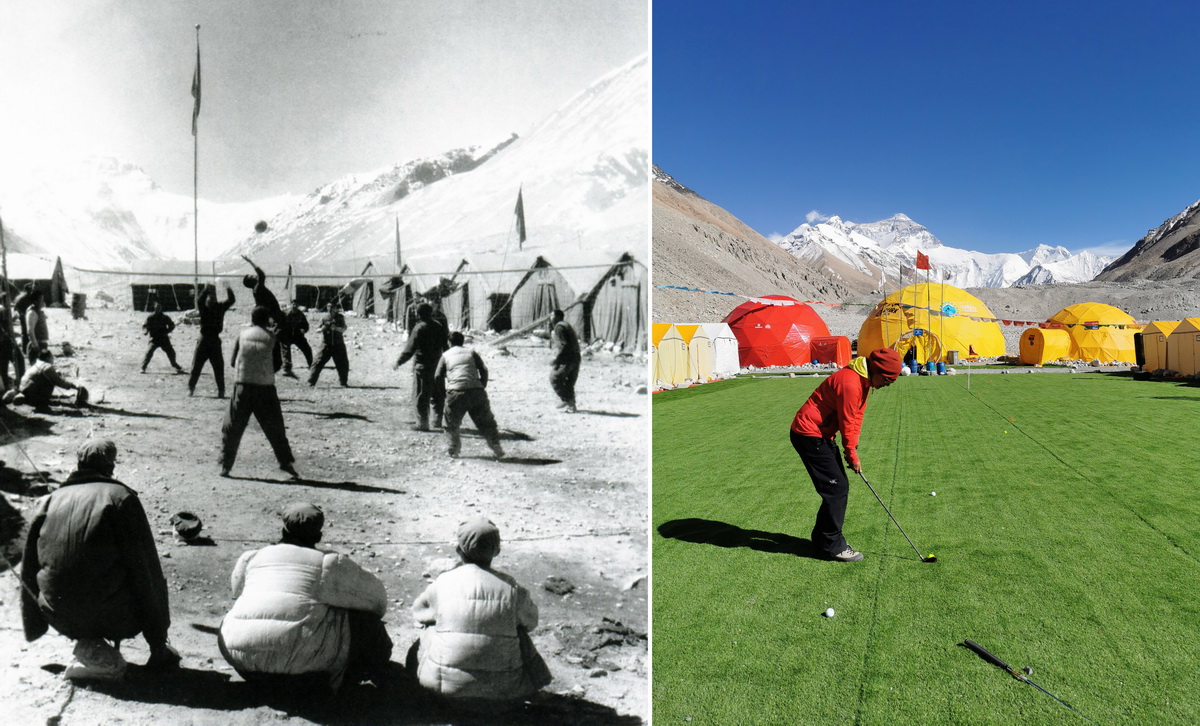 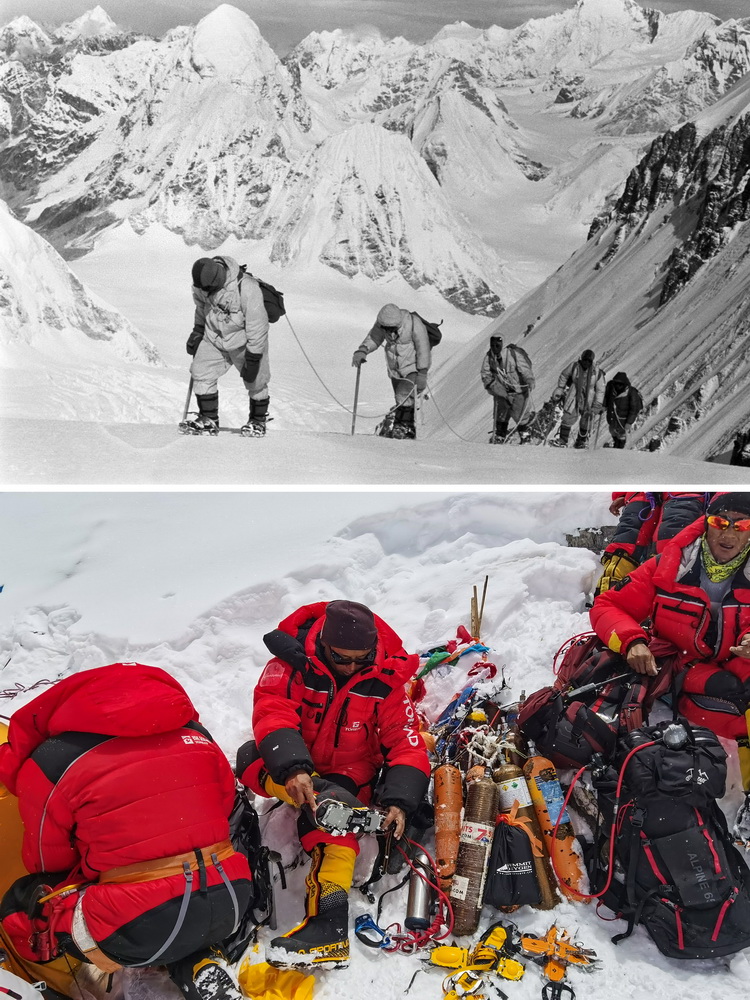 The upper photo shows members of the mountaineering team advancing along a snowy slope at an altitude of 7,000 meters in 1960; the lower photo shows the modern climbing equipment used by the surveying team in 2020. 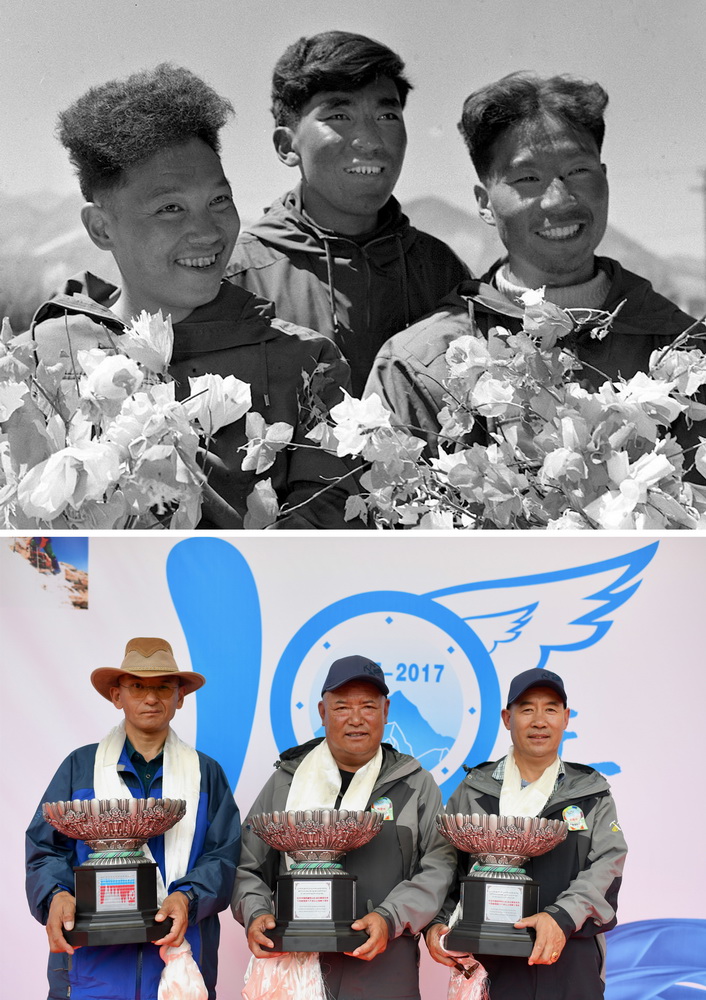 In the upper photo, on June 7, 1960, Chinese mountaineers pose for a photo with flowers after their triumphant return to Lhasa from the north slope of Mount Qomolangma; in the lower photo, Chinese mountaineers are presented with trophies at a ceremony marking the 10th anniversary of the Tibetan mountaineering team's successful ascent to 14 of the world's highest peaks at 8,000 meters above sea level on July 12, 2017. 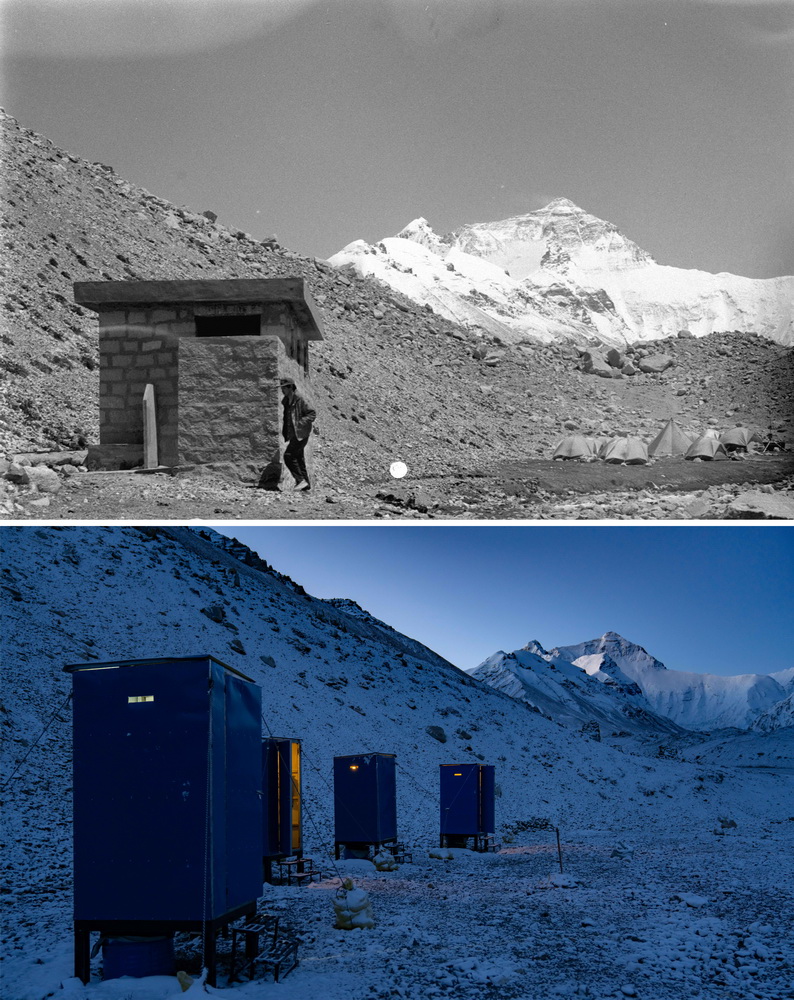 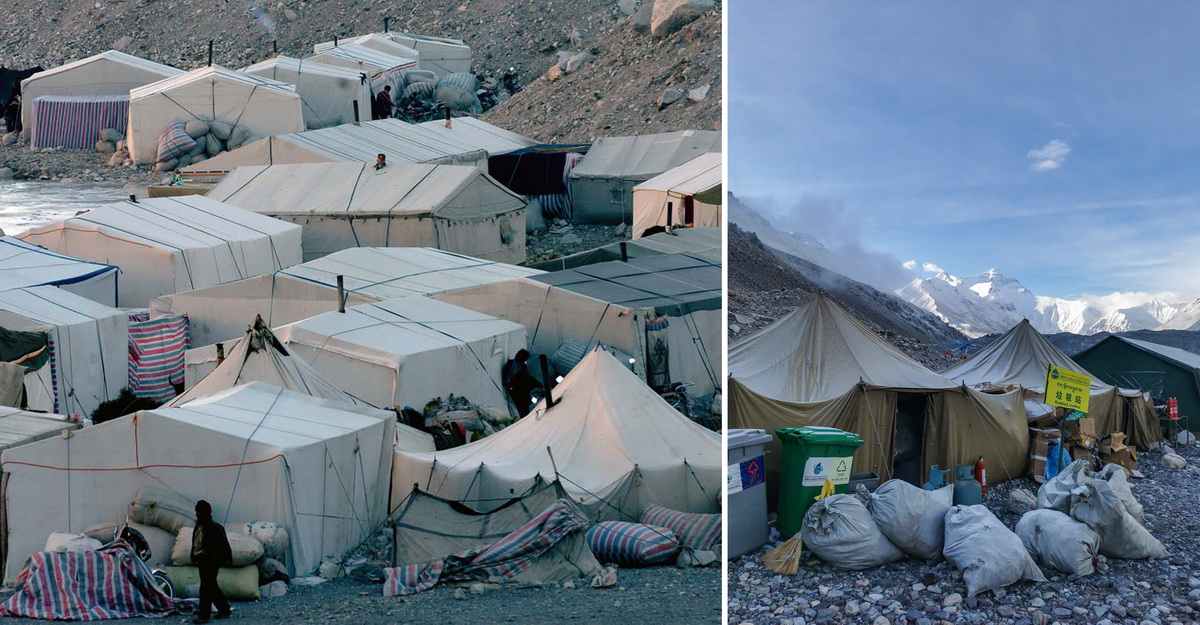